Part of the feeling of success and enjoyment that I had with this year's Readathon was mostly reading junior fiction, short stories and essays. It allowed me to switch between genres and feel that I was getting through books and pages. In previous readathons I would read through the pile of half finished books by my bed. I ended up reading a similar amount of pages, but maybe only finished one book. This year actually finishing books felt like a big deal and kept my enthusiasm keen until the end.

But now I have a stack of book responses to write #postreadathonblues!

To make my life simpler, I'm going to combine the junior fiction books into one post. I saved my two junior reads for the end when I was getting tired eyes and a smushy brain.

I read Miss Happiness and Miss Flower by Rumer Godden and The London Eye Mystery by Siobhan Dowd.

Miss Happiness came to me thanks to a recommendation within another book. Chasing the Sky is a book about twenty Australian women architects and utterly fascinating in it's own right. However, one of the architects mentioned that she had read Miss Happiness as a child and that it had been one of the inspirations for her to become an architect. I was intrigued. 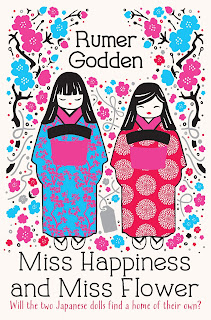 I knew that I would enjoy Godden's writing style as I had thoroughly enjoyed The Greengage Summer unexpectedly last year. And I knew that it would be the prefect choice for late in the readathon as soon as I opened it and saw the big font, generous spacing and black and white illustrations.

The Japanese theme also appealed to me thanks to our planned trip to Japan in 2018.

The story is aimed at the 8+ age group and features a young girl sent to England to live with her aunt, uncle and cousins from India. She is unhappy and shy and not fitting in, until a great-aunt sends her two little Japanese dolls for Christmas. Miss Happiness and Miss Flower are also aliens in this very English world.

Young Nona sets out to make them more comfortable by making a Japanese doll's house for them. She befriends the local librarian who helps her pick the right books and gradually the rest of the family get involved in building this miniature home complete with niche, bonsai and tea ceremony.

Miss Happiness and Miss Flower was published in 1961 and has a few cultural clangers relevant to it's time, but the universal themes of belonging, tolerance and friendship make it all worth while.

Jump forward to 2007 and The London Eye Mystery. Siobhan Dowd's story is set in a very modern London with characters who also share a love of architecture and design. 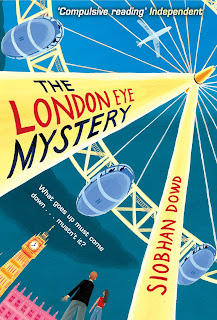 It would be easy to call this book A Curious Incident of the Dog at Night Time for 10 year olds, but it probably shares more in common with the feel-good Wonder by R J Palacio.

At it's heart is the mysterious disappearance of cousin Salim, who went into a pod on the London Eye, but didn't come down. His cousins, Ted and Kat spend the book working out what happened using logic, patterns and inductive reasoning. Ted is high functioning on the autism spectrum whilst Kat is a young girl of action.

The mystery is fairly simple to work out, but there's enough tension to keep young readers second guessing for a while. The part that appealed to me the most, though, was the love-letter to London feel that infused the whole story. Having spent quite a bit of time in London over the years, I was able to picture myself walking the same streets, riding the Tube, hearing the accents and experiencing the weather along with Ted and Kat.

My copy of The London Eye Mystery is a new edition (2015) with an Introduction by Robin Stevens. She says,


A mystery writer must play fair, but also play tricks: all the clues must be laid out in plain sight, while at the same time the reader is persuaded to ignore them until it's too late.


As an adult you can see how Dowd has done this, but there are enough distractions along the way to keep even the most critical reader a little wrong-footed at times.

Sadly, Dowd died in 2007 leaving behind one unfinished book idea (which Patrick Ness turned into A Monster Calls). Robin Stevens has now written a follow-up book about Ted and Kat called The Guggenheim Mystery published last month. I'm keen to see how the transition works. 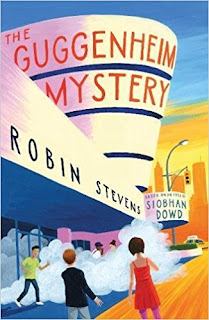 David Dean's iconic retro covers may look familiar as his work has been used for many of Michael Morpurgo and Lauren St John's recent editions as well.
Brona at 25.10.17
Share