I do not believe by any stretch of the imagination that I will complete 52 weekly Les Mis updates this year, but I will at least start the year with good intentions and unrealistic resolutions!

I've started off my Les Mis experience by trying to pull one or two significant quotes from each chapter. Google images helped with the rest. If you've been following along on Twitter, you will have already seen most of these chapter samplers already.

I'm also taking notes in an attempt to keep track of characters, places and themes.

I had planned to write much more about my first week with Les Mis and getting to know Monsigneur Charles-François-Bienvenu Myriel, but a HUGE weekend away has put a hold on that for now.

Nick has provided a Les Mis structure and history post to get us all started off on the right foot. He has also provided a week one twitter update post here. We've certainly rocked the twitter chat so far with the #LesMisReadalong. A supportive, encouraging community has evolved and I've met some new-to-me bloggers and tweeters. I hope we can maintain the enthusiasm.

"What is reported of men, whether it be true or false, may play as large a part of their lives, and above all in their destiny, as the things they do."

"We do not claim that the portrait we are making is the whole truth, only that it is a resemblance." 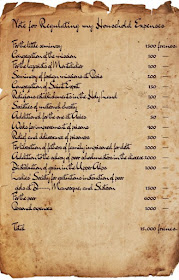 
"Digne was a rugged diocese, with very little flat land, many mountains and, as we have seen, very few roads." 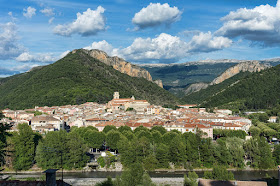 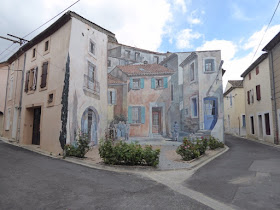 **So I learnt something new in Ch 4. The reason why many old homes in France (and England) had bricked up windows (or huge walls with no windows at all) was to avoid the window tax. This tax was not repealed in France until 1926.

**I was wondering how long it would take for the guillotine to make an appearance in Les Mis. Turns out I only had to wait four chapters.

As for the bishop himself, the spectacle of the guillotine caused him a shock from which he was slow to recover.A scaffold, when it is erected and prepared, has indeed a profoundly disturbing effect. We may remain more or less open-minded on the subject of the death penalty, indisposed to commit ourselves, so long as we have not seen a guillotine with our own eyes. But to do so is to be so shaken that we are obliged to take our stand for or against. 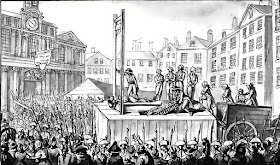 **Reveals the conundrums and nuances of translation that many of us are facing with this readalong... 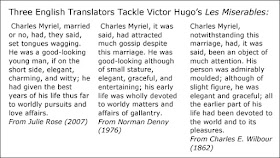 The fireplace, its wooden surround painted to resemble marble, was normally without a fire; it contained instead two ornamental fire-dogs, a form of episcopal luxury, embellished with flower vases and foliations that had once been silver-gilt. 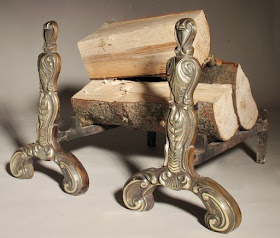 **One of my favourite quotes to date....

'The beautiful is as useful as the useful.' Then after a pause, he added: 'More so perhaps.' 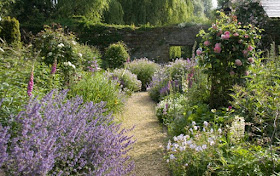