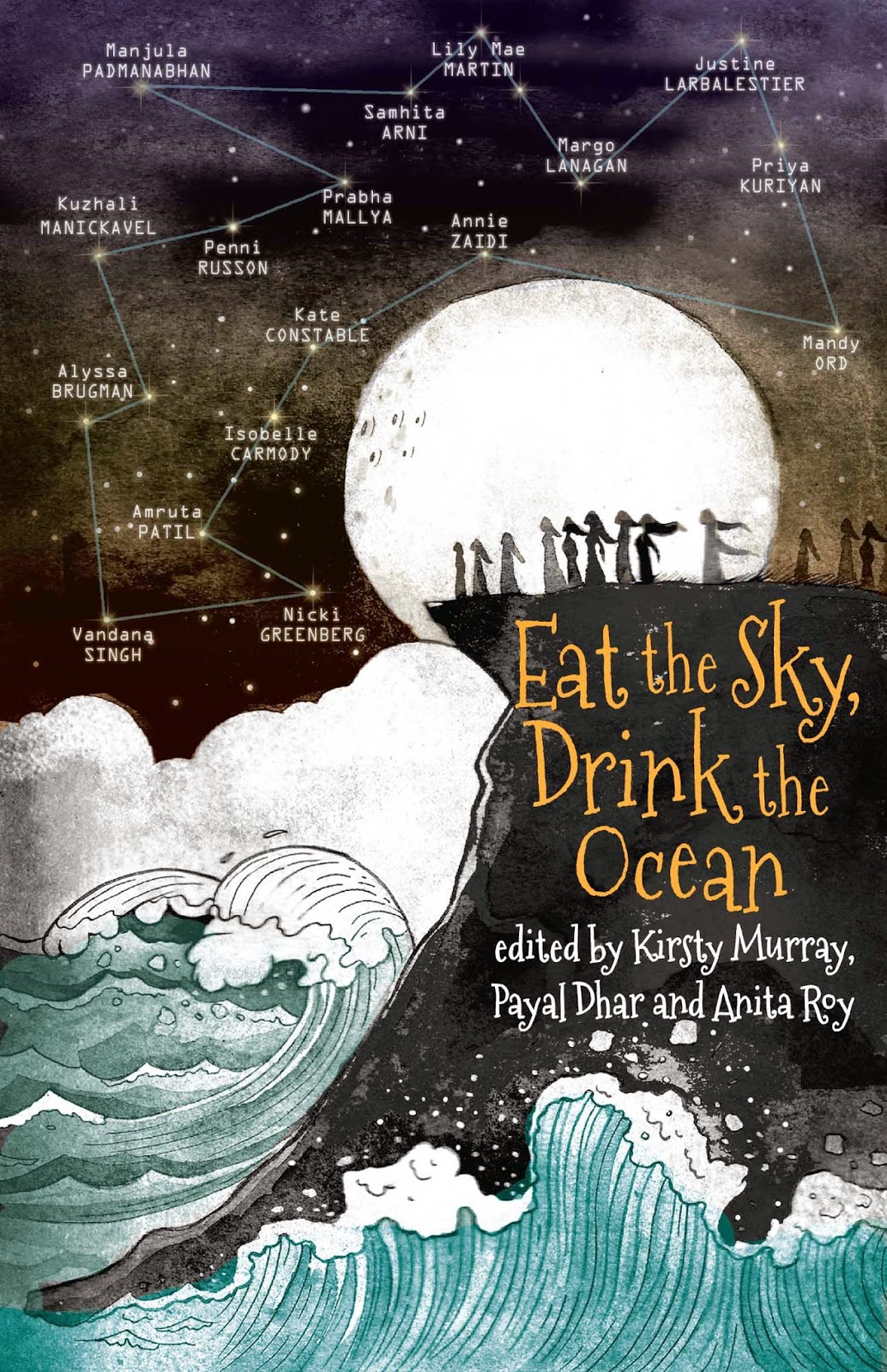 "In late 2012, Australia and India were rocked by violent crimes against young women. In Dehli, thousands protested against rape. In Melbourne, thousands stood vigil in memory of a young woamn raped and murdered walking home. The fate of all young women, what they should fear and what they could hope for were hot topics in the media around the world. Out of that storm rose the idea for this anthology."

Eat the Sky, Drink the Ocean is a collection of short stories & graphic novels aimed at the teen/YA market, packaged within one of the best covers I've seen for a long time!

As often happens with such a wide-ranging group of authors & illustrators, some of the pieces work better than others, depending on the type of story you normally find yourself drawn to.

Swallow the Moon by Kate Constable & Priya Kuriyan is a graphic novel that follows a small group embarking on a female initiation ceremony. Set in a future world with glimpses of what happened to the old ways, the feminine spirit is ultimately celebrated by the whole tribe.

Cast Out by Samhita Arni combines banishment, fear & suspicion with magic and a world that is, eventually, safe for all women to live in. Margo Lanagan's Cat Calls reminds us of the power of friendship (between girls and boys) to overcome prejudice and bullying.

And, finally, Nicki Greenberg in Back-Stage Pass reminds us at the end that all women have the power to write, or re-write their own stories.

Published by Allen and Unwin, February 2015.