In Midland Where the Trains Go By | Dorothy Hewett 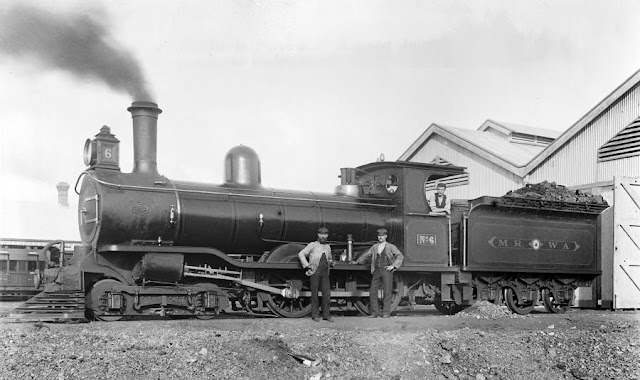 Across the bridge, across the town.
The workers hurry up and down.
The pub still stands, the publican
Is still a gross, corrupted man.
And bottles clinking in the park
Make symphonies of summer dark.

An oath, a whisper and a laugh.
Will make our better epitaph.
We'll share a noggin in the park
And whistle songs against the dark.
There is no death that we can die
In Midland, where the trains go by.

In Midland Where the Trains Go By | 1959 | Dorothy Hewett

Dorothy Hewett was born in Perth, in 1923 and grew up on a farm in the wheatbelt area until being sent to Perth to finish her schooling. She joined the Communist Party in 1946 and was active in their volunteering work. She moved to Sydney, with her second husband and young family, where she worked in a spinning mill and wrote under a pseudonym for the Communist Party paper.

When this marriage also ended she moved back to Perth in 1958 to take up a teaching post at the University of Western Australia.

In 1960, she married Merv Lilley and two daughters, Kate and Rose.

Hewett left the Communist Party after the 1968 uprising in Prague. She was an atheist all her life. She often challenged the social, sexual, religious and political norms of her time.

Hewett's writing is about freedom and equality, linked with a deep respect for the vagaries of the individual.


I chose this Poem For a Thursday in preparation for Bill's Gen III Australian Women Writer's week from the 12th - 18th January.
Posted by Brona Labels 1959, A Poem for a Thursday, Aust Women Writers, Poetry, WA at 9.1.20
Email ThisBlogThis!Share to TwitterShare to FacebookShare to Pinterest