I have a problem.

This is a place for me to keep track of these new additions to my TBR pile. 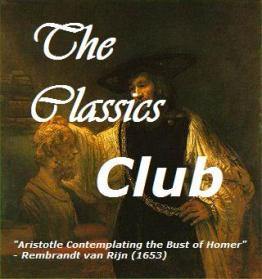 
The Female Quixote by Charlotte Lennox
The Forgotten Smile by Margaret Kennedy
The Forsyte Sage Vol 2 by John Galsworthy
Framley Parsonage by Anthony Trollope
Frederick the Great by Nancy Mitford
Frenchman's Creek by Daphne Du Maurier
(A) Fugitive Anne, A Romance of the Unexplored Bush by Rosa Praed


I Am a Cat by Soseki Natsume
In Europe: Travels Through the Twentieth Century by Geert Mak
Independent People by Halldor Laxness
Indiana by George Sand
(A) The Insane Root by Rosa Praed
(A) It's Raining in Mango by Thea Astley


The Ladies Delight by Emile Zola
(A) Lady Bridget in the Never-Never Land by Rosa Praed
The Last Chronicles of Barset by Anthony Trollope
The Last Days of Socrates by Plato
The Last September by Elizabeth Bowen
Laura: A Journey into the Crystal by George Sand
The Law and the Lady by Wilkie Collins
Less Than Angels by Barbara Pym
Letters on Life by Rainer Maria Rilke
Life and Fate by Vasily Grossman
(A) A Little Bush Maid by Mary Grant Bruce
Lost Illusions by Balzac
A Lost Lady by Willa Cather
Louise de la Valliere by Alexandre Dumas
A Love Story by Emile Zola
Lucy Gayheart by Willa Cather
Lucy Maud Montgomery by Mary Henley Rubio
Lust, Caution by Eileen Chang


Madame de Pompadour by Nancy Mitford
Magic Island: The Fictions of L M Montgomery by Elizabeth Waterson
The Man in the Iron Mask by Alexandre Dumas
Man and Wife by Wilkie Collins
Man's Search for Meaning by Viktor Frankl
Martin Chuzzlewit by Charles Dickens
Marianne by George Sand
Mary Barton by Elizabeth Gaskell
The Master and Margarita by Mikhail Bulgakov
The Masterpiece by Emile Zola
(A) Maurice Guest by Henry Handel Richardson
A Memoir of Jane Austen by J E Austen-Leigh
The Memoirs of Sherlock Holmes by Arthur Conan Doyle
Moll Flanders by Daniel Defoe
Monday or Tuesday by Virginia Woolf
Money by Emile Zola
The Moon is Down by John Steinbeck
(A) Mr Hogarth's Will by Catherine Helen Spence
(A) My Love Must Wait by Ernestine Hill
The Mystery of Edwin Drood by Charles Dickens


Quartet in Autumn by Barbara Pym


Sapphira and the Slave Girl by Willa Cather
The Secret People by John Wyndham
Seldom Seen by Sarah Ridgard
Shadows on the Rock by Willa Cather
Silence by Shusaku Endo
Simone de Beauvoir: Memoirs of a Dutiful Daughter
Slaughterhouse 5 by Kurt Vonnegut
(A) The Slow Natives by Thea Astley
A Small House at Arlington by Anthony Trollope
Some Tame Gazelle by Barbara Pym
Sound and the Fury by William Faulkner
The Sound of Waves by Yukio Mishima
A Special Providence by Richard Yates
Stoner by John Williams
The Stones of Venice by John Ruskin
The Sun King by Nancy Mitford
Swann's Way by Marcel Proust
(A) A Sydney Sovereign & Other Tales by Tasma


The Tale of Genji by Murasaki Shikibu
Tales From the Arabian Nights
The Talented Mr Ripley by Patricia Highsmith
Tender is the Night by F. Scott Fitzgerald
Thérèse Raquin by Émile Zola
(A) The Three Miss Kings by Ada Cambridge
The Time Machine by H G Wells
(A) The Timeless Land by Elenor Dark
The Tin Drum by Gunter Grass
This Side of Paradise by F. Scott Fitzgerald
Together and Apart by Margaret Kennedy
The Tortoises by Veza Canetti
Troy Chimneys by Margaret Kennedy
Twilight Sleep by Edith Wharton


Ulysses by James Joyce (yeah, I know, I'll never read this one, but it's been sitting on my bookshelf for years and I live in hope!)
(A) Uncle Piper of Piper's Hill by Tasma


War of the Worlds by H.G. Wells
The Warden by Anthony Trollope
Washington Square by Henry James
The Way We Live Now by Anthony Trollope
(A) We of the Never Never by Jeannie Gunn
The White Guard by Mikhail Bulgakov
The Wild Ass's Skin by Honore de Balzac
(A) A Wind from the Wilderness by Mary Gaunt
(A) A Woman in China by Mary Gaunt
The Woman in the Dunes by Kobo Abe
(A) A Woman's Experiences in the Great War by Louise Mack
The World of Yesterday by Stefan Zweig

Yes!
I have a problem.
Email ThisBlogThis!Share to TwitterShare to FacebookShare to Pinterest