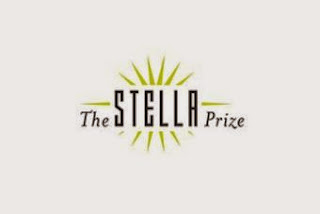 The prize is named after one of Australia’s iconic female authors, Stella Maria ‘Miles’ Franklin, and was awarded for the first time in 2013.

Both nonfiction and fiction books by Australian women are eligible for entry.

The Stella Prize seeks to:

See What You Made Me Do by Jess Hill (Black Inc.)
Lucky Ticket by Joey Bui (Text)
Songspirals: Sharing women’s wisdom of country through songlines by Gay’wu Group of Women (A&U)
The House of Youssef by Yumna Kassab (Giramondo)
(S) Diving into Glass by Caro Llewellyn (Hamish Hamilton)
When One Person Dies the Whole World is Over by Mandy Ord (Brow Books)
(S) There was Still Love by Favel Parrett (Hachette)
(S) Here Until August by Josephine Rowe (Black Inc.)  (part read DNF)
This is How We Change the Ending by Vikki Wakefield (Text)
(S) The Yield by Tara June Winch (Hamish Hamilton)
(S) The Weekend by Charlotte Wood (A&U)
Paper Emperors by Sally Young (NewSouth).

Tracker by Alexis Wright
(S) The Enlightenment of the Greengage Tree by Shokoofeh Azar
A Writing Life: Helen Garner and Her Work by Bernadette Brennan
Anaesthesia: The Gift of Oblivion and the Mystery of Consciousness by Kate Cole-Adams
(S) Terra Nullius by Claire G Coleman
(S) The Life to Come by Michelle de Kretser   (part read DNF)
This Water: Five Tales by Beverley Farmer
The Green Bell: A Memoir of Love, Madness and Poetry by Paula Keogh
(S) An Uncertain Grace by Krissy Kneen
The Choke by Sofie Laguna
Martin Sharp: His Life and Times by Joyce Morgan
(S) The Fish Girl by Mirandi Riwoe

The Museum of Modern Love by Heather Rose
The Media and the Massacre, Port Arthur 1996-2016 by Sonya Voumard
(S) Dying: A Memoir by Cory Taylor (Vale)
Wasted by Elspeth Muir
The High Places by Fiona McFarlane  (part read DNF)
Avalanche: A Love Story by Julia Leigh
(S) An Isolated Incident by Emily Maguire
Offshore by Madeline Gleeson
(S) Poum and Alexandre: A Paris Memoir by Catherine de Saint Phalle
(S) The Hate Race: A Memoir by Maxine Beneba Clarke
(S) Between a Wolf and a Dog by Georgia Blain
Victoria: The Queen by Julia Baird

The Natural Way of Things by Charlotte Wood
The Women's Pages by Debra Adelaide
The Other Side of the World by Stephanie Bishop
Panthers and the Museum of Fire by Jen Craig
(S) Six Bedrooms by Tegan Bennett
(S) Hope Farm by Peggy Frew (part read DNF)
(S) A Few Days in the Country: And Other Stories by Elizabeth Harrower
A Guide to Berlin by Gail Jones
(S) The World Without Us by Mireille Juchau
A Short History of Richard Kline by Amanda Lohrey
Anchor Point by Alice Robinson
(S) Small Acts of Disappearance: Essays on Hunger by Fiona Wright

WINNERS are moved to the top of the list with their book cover
(S) Shortlisted
(R) Read but not reviewed
Email ThisBlogThis!Share to TwitterShare to FacebookShare to Pinterest