I completed my first Classics Club list in April 2018 - 7 months behind schedule.

Part of the reason for the time lag was my impatience to start CC List #2 before I had finished the first!

CC List #2 is a healthy mix of Australian, Asian, non-fiction, biographies of classic authors as well as the usual European & American contenders. 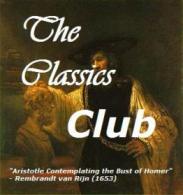 The Book of Tea by Kakuzo Okakura


A Dance to the Music of Time: Spring by Anthony Powell


The Key by Junichiro Tanizaki

27/65
August 2017 - August 2022
Email ThisBlogThis!Share to TwitterShare to FacebookShare to Pinterest