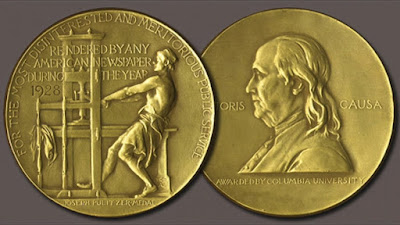 For distinguished fiction published in book form during the year by an American author, preferably dealing with American life.

A spare and devastating exploration of abuse at a reform school in Jim Crow-era Florida that is ultimately a powerful tale of human perseverance, dignity and redemption.

2019 - The Overstory by Richard Powers

An ingeniously structured narrative that branches and canopies like the trees at the core of the story whose wonder and connectivity echo those of the humans living amongst them.


A generous book, musical in its prose and expansive in its structure and range, about growing older and the essential nature of love.

2017 - The Underground Railroad by Colson Whitehead


For a smart melding of realism and allegory that combines the violence of slavery and the drama of escape in a myth that speaks to contemporary America.

2016 - The Sympathiser by Viet Thanh Nguyen


A layered immigrant tale told in the wry, confessional voice of a "man of two minds" -- and two countries, Vietnam and the United States.

2015 - All the Light We Cannot See by Anthony Doerr


An imaginative and intricate novel inspired by the horrors of World War II and written in short, elegant chapters that explore human nature and the contradictory power of technology.


A beautifully written coming-of-age novel with exquisitely drawn characters that follows a grieving boy's entanglement with a small famous painting that has eluded destruction, a book that stimulates the mind and touches the heart.


An exquisitely crafted novel that carries the reader on an adventuresome journey into the depths of totalitarian North Korea and into the most intimate spaces of the human heart.


An inventive investigation of growing up and growing old in the digital age, displaying a big-hearted curiosity about cultural change at warp speed.


A powerful celebration of life in which a New England father and son, through suffering and joy, transcend their imprisoning lives and offer new ways of perceiving the world and mortality.


A collection of 13 short stories set in small-town Maine that packs a cumulative emotional wallop, bound together by polished prose and by Olive, the title character, blunt, flawed and fascinating.

(R) Read but not reviewed

If your name is not on this list and you would like to be added please leave me the link to your blog
(or the page where your Pulitzer challenge is listed) in the comments below.
Email ThisBlogThis!Share to TwitterShare to FacebookShare to Pinterest