I like to read a book set in the country or region I go to on my holidays.

When we decided to go to Bali for Easter, I researched books set in Bali. There were lots of crime, true crime, drug stories and biographies available, but none of them sounded appealing as a holiday read - way too heavy and serious!

Then I discovered Inspector Singh.

The Bali book is the second book in the series, but I decided it was lightweight enough that it wouldn't matter. And it didn't.

But this was the perfect choice for poolside holiday reading.

It's set in the immediate post Bali bombing era, so the descriptions of landscapes, streetscapes and experiences felt very familiar.

And the lead female character from the Australian Police was named Bronwyn - only the second book I've ever come across with my name in it!

I finished Inspector Singh in 2 days.


I had packed other books to read, but a fortuitous visit to Periplus Books in Seminyak revealed a copy of the book I had really wanted to read for this holiday.

Love and Death in Bali by Vicki Baum is set in the early 1900's and is based on real events. But it was out of print in Australia.

It was originally published in German in 1937.

Love and Death in Bali tells the story of a clash of cultures as the Dutch gradually assert control over the wayward island of Bali.

Both sides of the story are told with empathy, objectivity and just a little romance. There are elements of bumbling bureaucrats and superstitious barbarians but none of that takes away from the compelling story of a culture on the brink of colonisation.

Both holiday reads were so grounded in their Bali setting that to read them outside of Bali would have meant missing out on many of the nuances, scents, sights and sensations. 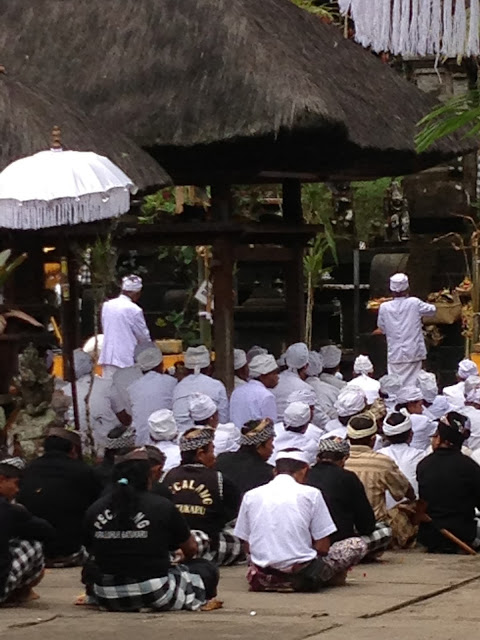 I have looked about me and I cannot believe there is a country on earth as beautiful as Bali. I cannot give it away to foreigners or sell it....


They do not know our gods and they do not understand the laws by which mankind must live. They would pull down the temples, and the gods would forsake our island, and soon it would become as barren and ugly as the deserts of China. 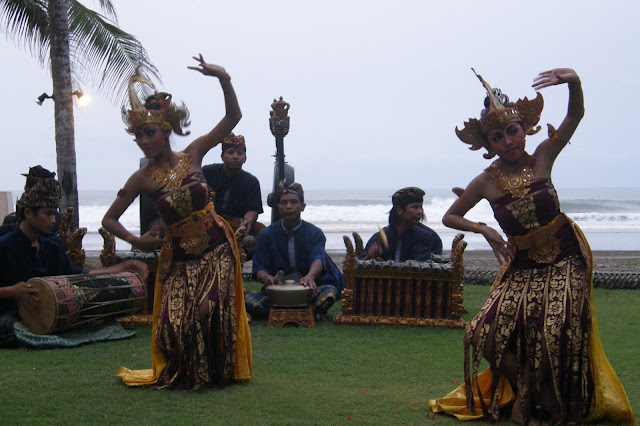 They would grow sugar-cane, not as our peasants do, just enough to sweeten their food and for the children to enjoy; they would cover the whole country with sugar-cane....they would lay the sawahs waste and cut down the beautiful palms and fruit trees to make room for their towns.

They would turn our peasants into slaves and brutes, and leave them no time for cockfights and festivals and music and dancing. And our women would have to cover their breasts...an no-one would wear flowers in their hair anymore or make offerings to the temples.
And they would squeeze the joy from the hearts of our children...and make them bitter and unkind and discontented, as the white men are themselves.

Fortunately, these dire predictions did not come to pass.


Bali is an incredibly beautiful island full of colour, traditions and contrasts, its people are friendly, spiritual and courteous to a fault.

It is an island that holds to its traditional beliefs and ways of life even as it allows modern conveniences and modern ways to infiltrate. The Balinese take on new ideas and adjust them to fit in with what they know and feel comfortable with.

Our time in Bali was a magical experience from start to finish.

My understanding of the place was enriched by my two reading choices.

We will return one day and I will search out Colin McPhee's book A House in Bali for that trip!

Have you had a perfect holiday/book matching experience too?
Posted by Brona Labels Bali, Crime, Historical Fiction, Holiday Read, Mystery, World From my Armchair at 10.4.13
Email ThisBlogThis!Share to TwitterShare to FacebookShare to Pinterest