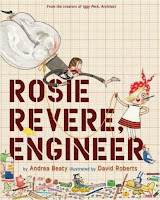 Rosie Revere loves to make things - unusual things - useful things - like a special hat to keep off snakes for her uncle who works in the zoo.

Unfortunately, he laughs at Rosie's invention and she takes it to heart and decides never to make anything again for fear of failing.

A visit by her great great aunt - an elderly lady, called Rose, sporting a blue workers smock and red bandana, changes all that though, as Rosie learns an important lesson about failure & success, mistakes and trying again.

This is an empowering story for girls that taps into the Rosie the Riveter ethos from WW2. A time when women were encouraged to try new jobs, learn new skills and have a go - for the good of the nation, while the men were at war. 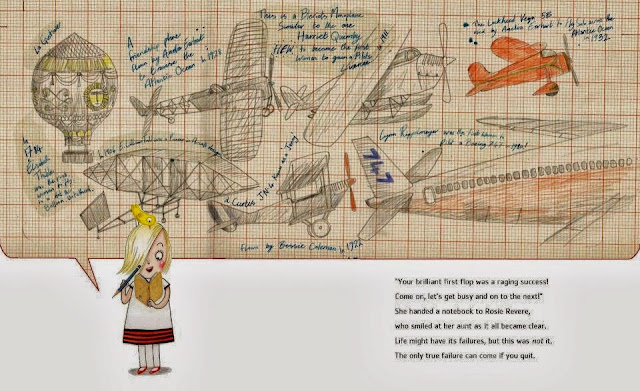 Occasionally the rhyme is a little clunky, but the heart & soul behind the text makes up for that.