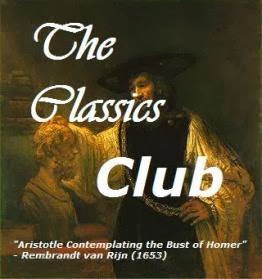 This month The Classics Club is challenging us with the topic 'feminist literature'.

So far not a lot of literature has been discussed, but a lot of commentary has already popped up about the word 'feminism'.

I find it curious that this one little word can create such passionate feelings from men and women. Why is this so?

I would go so far as to suggest that since this one little word still creates such strong feelings in men & women that there are still a lot of unresolved issues around this topic.

Why is this one little word such a threat? Why are feminists ridiculed, attacked & feared by so many? Why is feminism becoming a dirty word in some circles?

I have seen posts and reviews and commentaries that spend time on defining the word, providing an historical overview or sharing a personal experience with feminism. 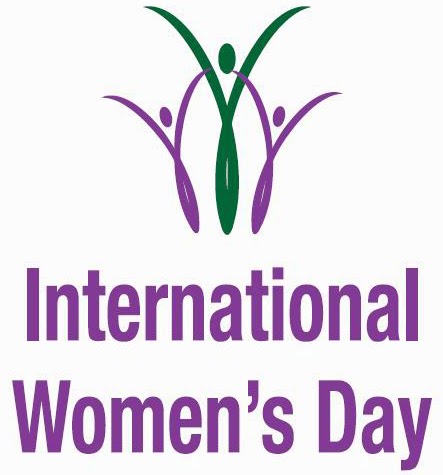 It's easy to see defensiveness in each response - including my own response to their writings!

What is going on here?

Why are men and women so afraid of this word?

Given that today is International Women's Day, I thought I'd enter the fray!

So, feminist literature...where to start?

The very first thing I thought of in relation to women in literature and feminism was the lovely Anne Eliot.

“I hate to hear you talk about all women as if they were fine ladies
instead of rational creatures. None of us want
to be in calm waters all our lives.”

And my personal favourite - when Anne is deep in literary discussions with Captain Harville ....


“I do not think I ever opened a book in my life which had not something to say
upon woman's inconstancy. Songs and proverbs, all talk of woman's fickleness.
But perhaps you will say, these were all written by men."


"Perhaps I shall. Yes, yes, if you please,
no reference to examples in books. Men have had every advantage of us
in telling their own story. Education has been theirs in so much
higher a degree; the pen has been in their hands.
I will not allow books to prove anything.”

My next stream of thoughts turned to Virginia Woolf and her little book - A Room of One's Own. The book developed from a talk she gave about women and fiction in 1928.

A lot of her thinking reflected mine as I tried to work out what The Classics Club means by 'feminist literature'. 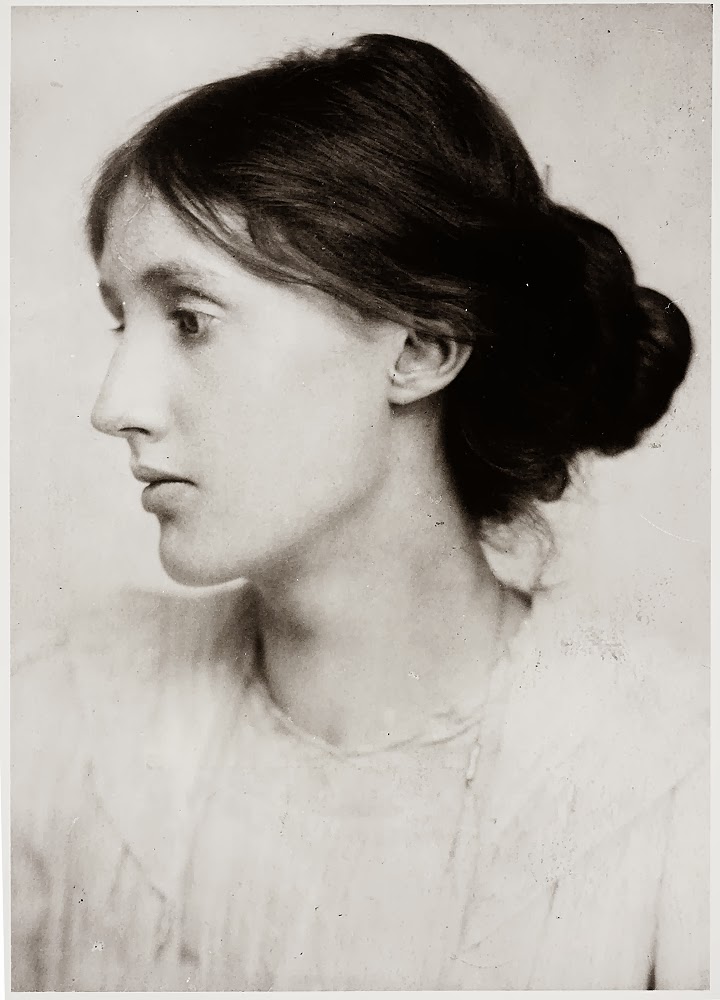 Certainly, Woolf firmly believed that for women to write, and to write well, they needed "money & a room of her own".
She goes on to clarify that writing requires time and space to think, reflect and write in peace, away from the demands of family life and strife. It is very hard to find time to write when one is pregnant every eighteen months! In fact, it is no coincidence that the women writers up to Woolf's time were usually unmarried and childless.

"when a subject is highly controversial -
and any question about sex is that -
one cannot hope to tell the truth. One can only show
how one came to hold whatever opinion one does hold."

One of the arguments often used back then is that women's bodies are designed differently and therefore, naturally not able to cope with the world of men. Even Woolf played with this idea when she said,

"Moreover, in a hundred years...women will have ceased to be the protected sex.
Logically they will take part in all activities and exertions
that were once denied them....All assumptions founded on the facts
observed when women were the protected sex will have disappeared -
as, for example, that women...live longer....
Remove that protection, expose them to the same exertions and activities...
and will not women die off so much younger, so much quicker." 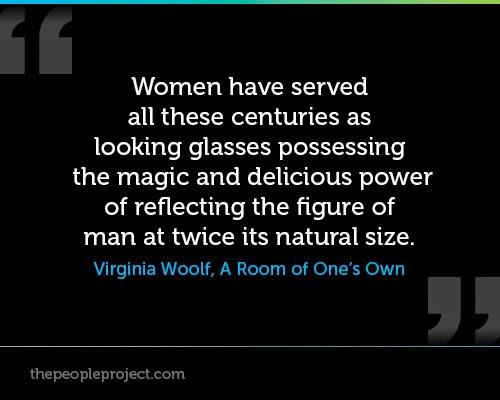 I wish I could go back and reassure Virginia that women can and do cope with the modern world. That women still live longer than most men. That many women are perfectly capable of protecting themselves and able to live responsible, rational lives.

Although, this issue around protection reminds me of a conversation with my brother-in-law a number of years ago. One night he was walking home from a function - it was about 9pm. It was a regular street in a regular city. The night was dark but the path was occasionally lit up by street lights, house lights and passing cars.
He became aware of a young women walking ahead of him. She, obviously, also became aware of him as she quickened her steps, clutched her bag tightly to her body and moved to the opposite footpath.

My brother-in-law was initially upset that this unknown woman assessed him as being a danger to her. He wouldn't hurt a fly! But as he continued home, he realised that the young woman didn't know that about him. All she knew was that there were male footsteps approaching from behind on a darkened street.

She felt fear but moved to protect herself as quickly as possible. She, no doubt, got home safely - just with a heart beating faster than usual and a bigger sigh of relief than usual. I've had similar experiences; I know that feeling. I also know there are women who don't get that lovely feeling of being home safe and sound when they walk in their own front doors. For some women home is no protection.

It is difficult to write when one feels unsafe all the time. 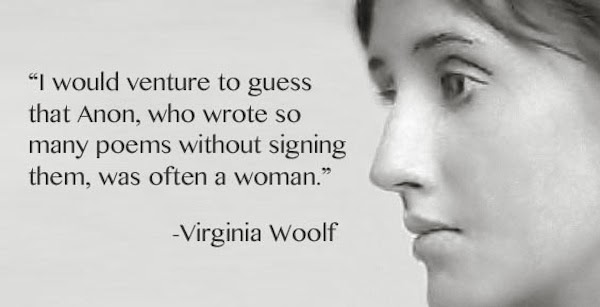 I am one of the fortunate ones. I received an excellent education. I was encouraged by my parents to go to uni, travel the world, be financially independent and personally responsible. I was encouraged to be loving and compassionate but to stand up for myself. I was made to do housework, but I also learnt how to change a tyre & check the oil and water on my first car.

I can paint a house from top to bottom, hang a picture, mow the lawn and complete a complex cross-stitch design! Mr Books can iron his own shirts, cook a delicious meal, vacuum our home more thoroughly than I would ever dream is possible and create the most complex visual/audio system for our loungeroom!

However I will leave the final words for this piece to dear Virginia...

"So long as you write what you wish to write,
that is all that matters; and whether it matters for ages
or only for a few hours, nobody can say.

I hope that you will possess yourselves of money enough to travel
and to idle, to contemplate the future
or the past of the world, to dream over books
and loiter at street corners and let the line of of thought
dip deep into the stream."

We've almost made it Virginia, almost!

Posted by Brona Labels Twelve Months of Classic Literature, Women's Issues at 8.3.14
Email ThisBlogThis!Share to TwitterShare to FacebookShare to Pinterest