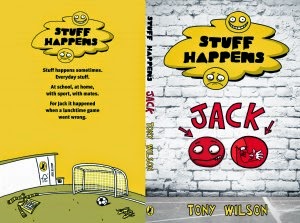 Penguin Australia, under the guidance of Susannah MacFarlane has developed a new series for primary school boys that reflects their real lives, just like her earlier series for girls - Go Girl! did.


"while boys also worry about friends, school and family, they'll find it a lot easier to find a book on defending themselves against marauding dinosaurs than the sting of a friend's rejection or the fear of not fitting in."

In the teachers' edition of Jack we are reminded of Kindlon and Thompson's Raising Cain: Protecting the Emotional Lives of Boys who believe a


"boy must see and believe that emotions belong in the life of a man. If we teach our sons to honour and value their emotional lives, if we can give boys an emotional vocabulary and the encouragement to use it, they will unclench their hearts."

With these stirring words ringing in their ears, four well-known and well-respected male authors have launched the series about a Yr 5 class class at Monvale Public School.

Jack's story could also be my stepson's.

Soccer, wall ball and a great group of friends...until Jack ends up at the bottom of a recess stacks-on tackle with a broken arm (although thankfully, that has not been part of our family story!) 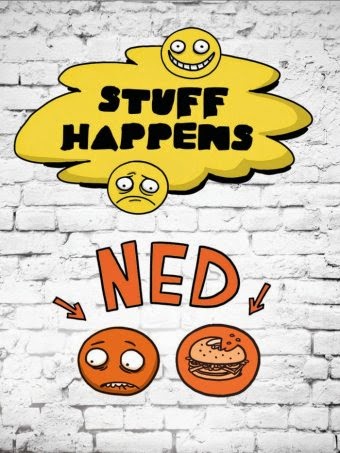 Friendships are tested as the boys struggle with telling the truth, letting someone else take the blame & accepting responsibility. Each chapter ends with a little emoticon graph that Jack highlights to show his feelings at each stage of the story.

Wilson tells his tale lightly with humour and sensitivity. The boys sound and act just like the boys I know. This is an affectionate and authentic portrayal of an Australian school yard.
I loved it.

My stepson is now 14 and sadly, not an avid reader. But I asked him to put his 10 yr old hat on & read this story for me because I wanted his honest feedback.
He promptly donned his old Spongebob cap and read Jack in one sitting whilst having his afternoon tea.
He said it was 'great because it was real'. He liked the boys and empathised with their dilemma and he thought the soccer scenes sounded authentic.

I had a quick peek at the first few chapters of Ned by Andrew Daddo. It revealed another well written, engaging story about the start of the school year....and getting the dreaded, most feared teacher as your new class teacher.

These first two books in the Stuff Happens series have set a high standard.
I cannot recommend these books to you & your 7 - 11 boy highly enough!
Posted by Brona Labels Australian, Belonging, Friendship, Series at 15.8.14
Email ThisBlogThis!Share to TwitterShare to FacebookShare to Pinterest