Mademoiselle Coco Chanel & the Pulse of History by Rhonda Garelick 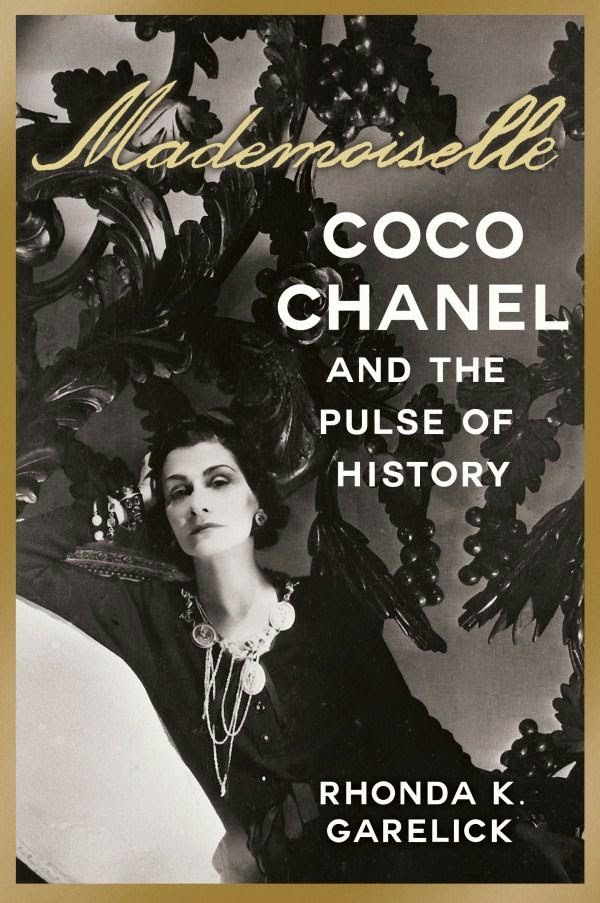 This is now my third bio on Chanel. And I'm still trying to work out what my fascination is with her.

The first bio I read was written by Chanel's friend Edmonde Charles-Roux, followed by Justine Picardie's one two years ago.

Edmonde knew Chanel personally and her bio (as I remember it 20 yrs later) had a slightly romantic, reverant feel to it. She trusted most of the stories that Chanel told her, although Edmonde's questioning did lead to an estrangement between the two of them for a while. The book is filled with personal photos and anecdotes from various friends.

Picardie's book explored the places associated with Chanel. She visited the homes, the workspaces & the clothes to try and find the essence of Chanel.

Both books & authors were undeniably in awe of the Chanel myth. They were both aware of the fictional nature of much of the story as well as some of the more dubious affairs that Chanel got involved in, but still they approached their books with undisguised respect & were very careful not to tarnish the myth.

Garelick needed a new angle to bring fresh life into this story. Her approach was to explore Chanel within the context of historical periods - how was Chanel influence by the historical events of her time & how was history influenced by Chanel? 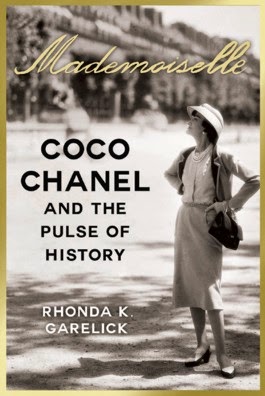 Garelick admitted that "no-one writing about Chanel proves completely immune to this seductive force of hers (Chanel)". But Garelick made a pretty good effort, especially in the first half of the book.

There is no doubt that Chanel's early life was full of hardship & unhappiness. She suffered personal tragedies & heart break. And she used the determination & strength derived from these hard times to make her one of the world's most successful & well-known women.

At the same time there is no doubt that she was also a very difficult woman. She lied about everything and manipulated whoever she needed to. She played people one off against the other. She seduced & charmed until she got what she wanted & then she dumped them. She had a huge ego and an extremely fragile personality. Chanel never doubted herself and nothing was ever her fault. Her only loyalty was to herself.

Garelick's careful choice of words makes it clear that Chanel had a Narcissistic personality and probably some form of Borderline Personality Disorder. No-one has ever used these terms in anything I've ever read. It is simply a matter of ticking off the DSM-IV checklists for these two disorders as you read through the bio's.

Chanel's death scene as described by Garelick skirts around the nature of thiese disorders..."there come first the ripples of reaction through the closest circle...which tend to reflect the tenor of the deceased's personal interactions in life. In the case of Coco Chanel, her death predictably launched a series of bitter accusations, shifting stories and misrepresentations." 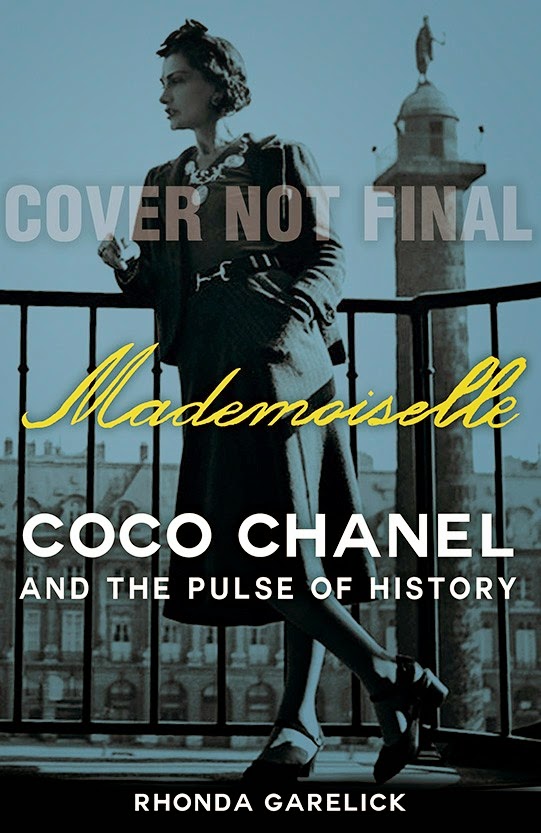 Perhaps I'm fascinated by the old, old tale of great riches & success that fails to provide happiness?
But I think, for me, it's more the time and place.

Coco Chanel lived and worked through a period of French & European history that I'm endlessly fascinated with. Paris, women's lib, two world wars, the roaring twenties.
She mixed with the who's who of the twentieth century - from Winston Churchill to Pablo Picasso, Grand Duke Dmitri Romanov to the Scott Fitzgeralds and the Duke & Duchess of Windsor to the Rothschilds.

A remarkable woman; an admirable woman, but I'm grateful that I didn't have to work for her or live with her.

I'm also fascinated by the choice of book covers.

The Australian cover (above) shows an older Chanel in a darker, fussier setting.
The US cover (middle) is much cleaner, crsiper & younger looking.

And I'm simply grateful they chose not go with their inital cover (left)!
Posted by Brona Labels Biography, Coco Chanel at 5.1.15
Email ThisBlogThis!Share to TwitterShare to FacebookShare to Pinterest