Only the Animals by Ceridwen Dovey 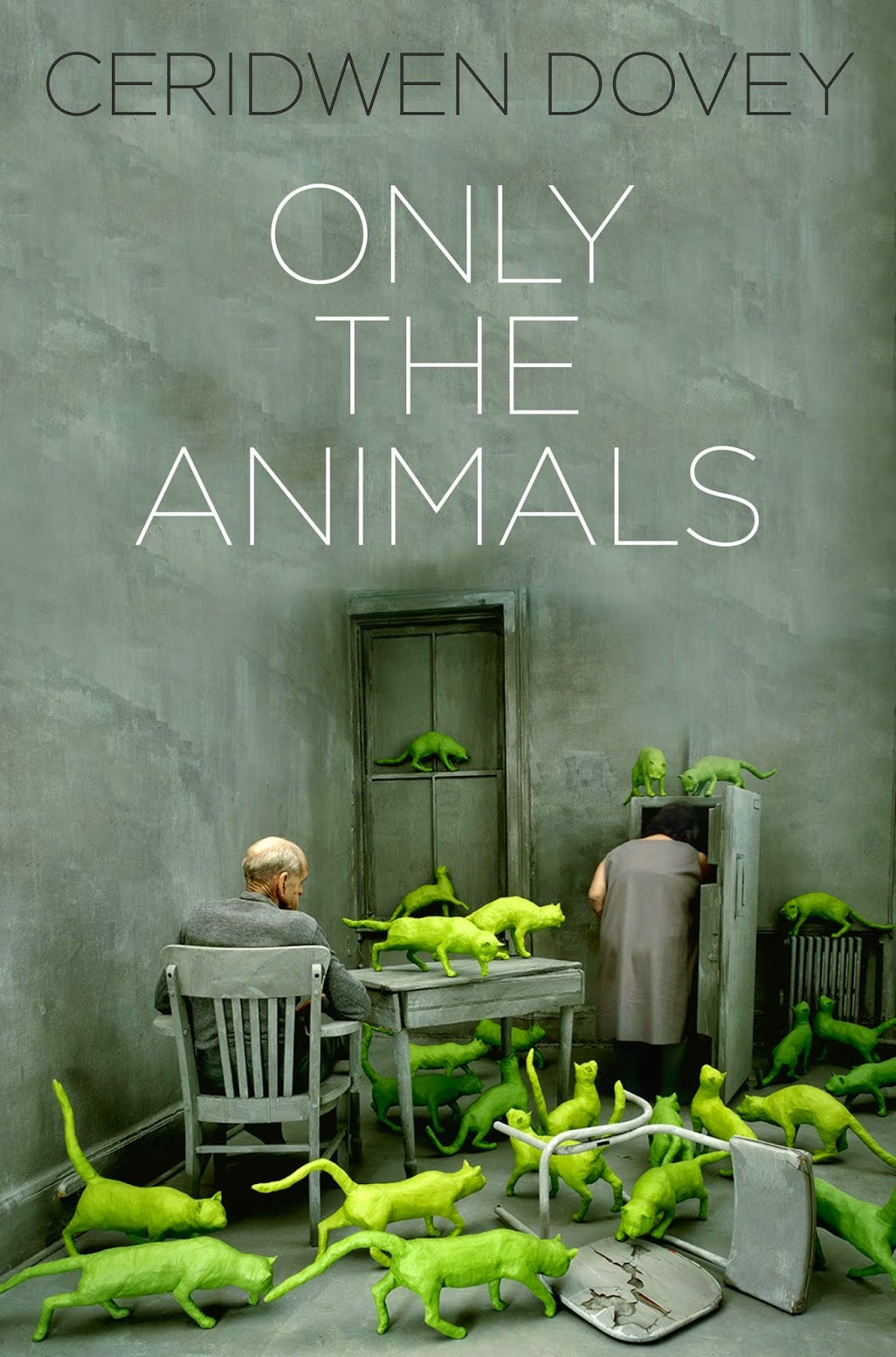 The sigh of satisfaction after finishing an extraordinary, quirky, thought-provoking book is a blissful sound indeed!

At the start I had no expections for Ceridwen Dovey's Only the Animals.

And for the first 2-3 stories I struggled a little with the talking animals. Not because the animals were talking....but because I kept forgetting that I was reading about animals who could 'talk'. I had to keep reminding myself that I wasn't reading a story about humans.

Perhaps that's the only real flaw I can bring up with Only the Animals. All the animals are personified to such a degree that you forget that they are animal.
That's where the beauty & the uncomfortable part comes in though - what is human nature & what is animal nature & is the difference between the two really that great?

Although the book is set up as separate short stories, and I found that I could only read one at a time, the whole thing flowed together through time and space to present a united front.

Each animal was connected to a human writer at a time of conflict. I had enough literary knowledge to recognise & enjoy most of the references, allusions & homages. But I'm convinced you could enjoy these stories at any level.

My personal favourites? The Jack Kerouac style mussel story was hilarious, Colette's cat was seductive, Tolstoy's tortoise & the inspiring twin sister elephants will be revisited for the pure pleasure of it all.

I will leave you with the dolphin who wrote a letter to Sylvia Plath. She is discussing Ted Hughes, as dolphins do,


"Back then, I had admiringly thought he was trying to understand the human by way of the animal,
but now I can see that in fact he wanted to justify the animal in the human."

Nancy, in the comments below, asked me about Dovey winning the New Australian Writing Award, and I had to confess to not knowing anything about it.

Since then I have done some research.

Readings is an Indy bookshop based in Melbourne with several shop fronts. They have been in business since 1969. Last year they created two new book awards to encourage new authors and children's writing. The prize money for each was $4000.

The New Australian Writing Award (RNAWA) is designed to encourage new and emerging writers. As such writers will only be eligible for the award with their first or second published work. The inaugural award was won last year by Ceridwen Dovey for Only the Animals (her second published work).

The Readings Children Book Prize (RCBP) is also for new and emerging authors of children's books (but not picture books). Last year's inaugural winner was Julie Hunt for Song For a Scarlet Runner.

For the record, Dovey has also recently won the Steele Rudd Award (Short Story collection) for the 2014 Queensland Literary Awards (QLA) and has been shortlisted for the Victorian Premier's Literary Awards (2015).

This post is part of my Australian Women Writers challenge.