Moving Among Strangers by Gabrielle Carey

Writing regularly blog posts seems to be something quite beyond right now. But thanks to Karen @Booker Talk I've be revisiting some of my older posts to find fresh inspiration. This post about the rather silent author, Randolph Stow, was originally published on the 29th August 2015.
I've been thinking about Gabrielle Carey a lot, over the past 24 hrs, after learning that she has a new book coming out in October with University of Queensland Press about Elizabeth von Armin called Only Happiness Here. 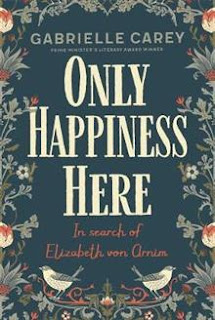 Her website explains that von Armin has been one of her literary passions for quite some time, and like me, Carey is amazed that this Australian born writer (along with her cousin, Katherine Mansfield) is so little known and appreciated here.
New Zealander's have done a much better job of being loud and proud about Mansfield. Admittedly, von Armin only lived in Australia for the first three years of her life (whereas Mansfield grew up in NZ before moving permanently to Europe). But given our tendency to claim famous folk with far less tenuous links than that, it's curious that we have been so silent on our relationship with von Armin.
I want to know more about the friendship and authorial support that existed between von Armin and Mansfield and how they influenced each other. And I'm keen to find out why Carey is so fascinated by von Armin. Weaving together the biography of an author with her own personal reflections was one of the things I really enjoyed about her Randolph Stow book.
It has stayed with me for five years now.
Given how many books pass through my hands each year, for one to stick in my memory so clearly, says something about the strength of the story within, as well as it's ability to get under my skin.
So I give you a slightly revised and updated look at my 2015 post for Moving Among Strangers. 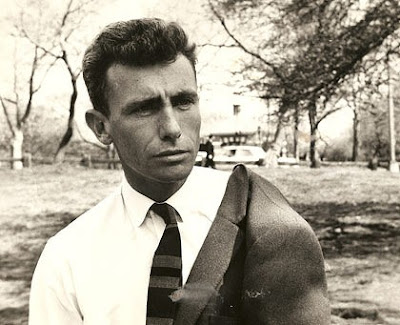 Today I had the pleasure of attending the Honouring Randolph Stow event at the NSW Library.

The Honouring series is the brainchild of my friend Julia Tsalis, the Program Manager at the NSW Writers Centre.
On their website she says:

Sometimes we forget about the great when revelling in the new. In its annual Honouring Australian Writers series, the NSW Writers’ Centre pays tribute to writers who have made an important contribution to our literary culture.

In 2015 we turn to the West Australian writer Randolph Stow. Perhaps best known for The Merry-Go-Round in the Sea and To The Islands, which won the Miles Franklin Award, Australian Literary Society Gold Medal and the Melbourne Book Fair Award in 1958. He was also awarded the ALS Gold Medal for his poetry in 1957 and won the Patrick White Award in 1979.

A writer fond of silence, known for the metaphysical and existential qualities of his writing but also a master at evoking the Australian landscape, Randolph Stow embodied contradictions. Geordie Williamson, says of him in The Burning Library, ‘In him, as in no other non-indigenous writer in our literature, landscape and mindscape are one.’

Honouring: Randolph Stow brings together Gabrielle Carey, author of Moving Among Strangers a memoir about her family’s connection to Stow, Suzanne Falkiner whose biography will be released in 2016, Richard Tipping a poet and producer of a documentary on Stow, and West Australian author Alice Nelson (The Last Sky) whose career has been inspired by him. 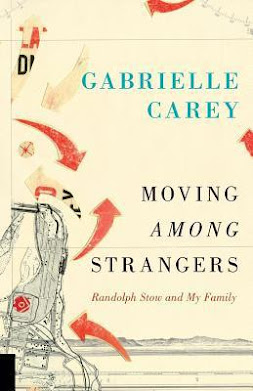 In preparation for the event, I read Gabrielle Carey's Moving Among Strangers: Randolph Stow and My Family.

Carey's award winning book is a curious, but very pleasing mix of family memoir and grief journal as well as a homage to little known Australian author and poet, Randolph 'Mick' Stow.

I say little known, because when I told family, friends and colleagues (yes, even colleagues!) where I was going today. Only a couple of them had heard of Stow.

My relationship with Stow is not much better. I've only read one of his books and that was his children's story about Midnite, the not-so-bright bushranger and his talking cat. The talking cat put me off too much to ever really enjoy it properly though!

But, like Carey, I do seem to have this fascination for Australia's long lost, forgotten authors.

I'm curious about why we, as a nation, do not seem to celebrate, embrace or cherish our award winning, highly acclaimed authors.
Their childhood homes do not become museums.
No "so and so was born here" plaques pop up on suburban streets and rarely do they have university or school wings named after them. They're lucky to have a street named in their honour!

Carey echoes my concerns in her book when she reminds us that:

Other countries seem to be able to preserve significant writers' houses - why are there so few in Australia?

However, after the Honouring Randolph Stow event today, I wonder if part of this lack of recognition starts with the authors themselves.

Suzanne called it his "authorial invisibility".
Richard told us how Stow had said, "writers are writers because they're not talkers."
And Alice quoted poet Louise Gluck's "eloquent deliberate silence" to describe Stow's personality.

Meanwhile Carey's tender memoir is an endless parade of Stow's reticence and quietness which she sums up towards the end by saying,

Stow's silence doesn't appear to have been an unfriendly one. His temperament and philosophical bent both point towards a faith in silence and deep doubt about language.

This is not someone searching for the limelight or to have his name forever blazoned across the skies. His story writing and poetry were personal, they were part of his search for home. Home, for Stow, was not one house or place either.

Maybe we don't need to make a fuss about his childhood home or where he went to school, except of course, there is no denying, that it is these things, these places of our childhoods that shape us is so many ways, consciously and unconsciously.

Stow himself also said (in reference to Joseph Conrad) that "I think one does need to know a great deal - well, a certain amount, anyway, about an author's life...and not only what he chooses to have known."
(my highlight).

So, what have I learnt about Stow in the past week?

He could speak and read about five languages, he was fascinated by the Batavia wreck (so much so that he taught himself to read Old Dutch so he could research the source materials), he loved to read Conrad and Joyce and he 'wrote' his books in his head whilst walking and only physically wrote them down once he had it complete in his head. Sadly, he had two such books in his head when he died.

Stow also had an incredibly mellifluous voice (not unlike Princes Charles but with an Australian undertone) that we heard thanks to the resurrecting of Richard Tipping's interview with Stow from the 1988 film A Country of Islands. More than preserving old homes and the placing of plaques, we need to ensure that archival films and interviews like this are conserved for future reference. The 8 minute excerpt we heard today was one of the highlights of a stimulating afternoon.

I look forward to reading one of Stow's adult novels (now republished by Text Publishing) or seeing one on the big screen soon. I also highly recommend Carey's memoir for those who love their family memoirs and author biographies entwined in a happy embrace.