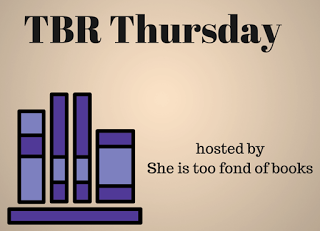 TBR Thursday with She is Too Fond of Books is a meme to highlight all those hidden gems languishing in our out-of-control TBR piles.

They can be "books that I physically own, be it arc, bought, paperback or ebook.  It could have been there for months or just acquired it yesterday."

My little twist is to highlight one new release and one classic each week.

This month I will also focus on the Australian books lurking in my TBR in honour of AusReadingMonth.

Just a Queen by Jane Caro is the follow up to Just A Girl from 2011. I've been waiting a long time for this YA sequel about Elizabeth and hope it's a good as the first. 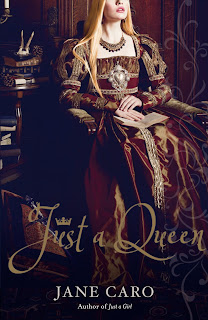 A gripping and page-turning young adult book about one of history’s greatest women.'The Queen of Scots is dead and they say I killed her. They lie!'Just a girl to those around her, Elizabeth is now the Queen of England. She has outsmarted her enemies and risen above a lifetime of hurt and betrayal – a mother executed by her father, a beloved brother who died too young and an enemy sister whose death made her queen.Not knowing whom she can trust, Elizabeth is surrounded by men who give her compliments and advice but may be hiding daggers and poison behind their backs. Elizabeth must use her head and ignore her heart to be the queen her people need. But what if that leads to doing the one thing she swore she would never do: betray a fellow queen, her cousin, Mary, Queen of Scots?


The Railwayman's Wife was one of my favourite reads of 2014. Gum is the 2002 non-fiction classic by Ashley Hay. 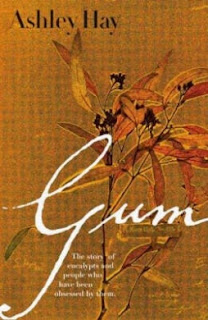 No matter where you look in Australia you're more than likely to see a eucalyptus tree. Scrawny or majestic, smooth as pearl or rough as a pub brawl, they have defined a continent for thousands of years, and still shape our imagination.Indigenous Australians have long woven myths about the abilities of the eucalyptus. Since Australia was colonised, botanists have battled for more than two hundred years in a race to count, classify and own the species. This is the story of that battle and of other eucalyptographers – explorers, poets, painters, foresters, conservationists, scientists (and engine drivers) – who have been obsessed by them, championing their powers. Gum trees have promised to cure malaria, solve the drainage problems that had defeated the Roman emperors, forest the Sahara and divine gold.Gum is about a magical, mythical, medicinal tree. More than that, it's the story of new worlds, strange people and big ideas.