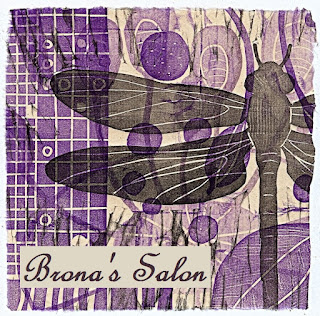 In honour of #AusReadingMonth I will highlight my latest Aussie read. 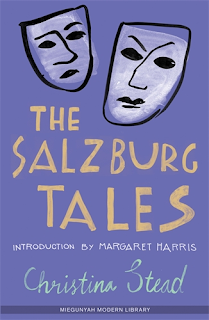 A group of visitors to the Salzburg Festival, brought together by chance, decides to mark time by telling tales.
Their fantasies, legends, tragedies, jokes and parodies come together as The Salzburg Tales.

Dazzling in their richness and vitality, the tales are grounded in Christina Stead's belief that 'the story is magical . what is best about the short story [is] it is real life for everyone; and everyone can tell one'.

Originally published eighty years ago, these are thoroughly modern stories that invite comparison with Boccaccio's Decameron and Chaucer's The Canterbury Tales.

The Salzburg Tales are published here with a new introduction by Margaret Harris, Challis Professor of English Literature Emerita at the University of Sydney, and literary executor for Christina Stead.

Christina Stead (1902 - 1983) was Australian born and wrote a number of her novels and short stories set in Australia, but she lived most of her life overseas and just as many of her books are set elsewhere. My current read is one of those.

Stead spent most her childhood in Watsons Bay with a houseful of half-siblings and a domineering father. Her unhappy childhood was fictionalised in probably her most well-known novel The Man Who Loved Children. Sadly she never won any major literary award, and it has been said that she only returned to Australia in 1974, after the death of her husband, because she had been denied an award due to not being Australian enough.

On her return, she was awarded the inaugural Patrick White Literary Award, which awards established writers for their body of work.

She died on the 31st March, 1983 in Balmain (where I now live) which has now made me curiously even more curious about this very curious woman.

I 'discovered' this book thanks to Lisa @ANZLitLovers LitBlog who is hosting a Christina Stead Week on her blog. I decided this was too good an opportunity to miss out on during #AusReadingMonth and since I had never read any of Stead's books before, I decided to start at the very beginning.

I struggled at the start.
The writing seemed very dense and almost impenetrable.
But I was attempting to start this book late at night when I was really tired already.
I knew nothing about it (I don't read Introductions in case they contain spoilers) so I was going in completely cold.
After two nights I was beginning to think this book was not for me.

But I was determined not to fail!

Saturday morning saw me with coffee and pencil in hand, fresh faced and wide awake, ready to get stuck in.

With careful reading and judicious underlining, I found my way in.

My immediate surprise was that this is not really a short story collection.
It's a novel told as stories within a story, just like The Canterbury Tales (which I attempted to read at too young an age). This is Stead's homage to Chaucer and Boccaccio.

The narrators share a common place - The Salzburg Festival (which Stead attended in 1930) but it's too soon to see what other links or common themes might exist.

All the characters/narrators are introduced in the second chapter.
Some get two pages of description whilst others barely get two paragraphs.
So far, I'm curious to hear about what The Viennese Conductor, The School Teacher and the Danish Woman will have to say in their stories.

I'm intrigued to see how well the various stories will link up or flow together.
It feels like an ambitious effort for a debut author.

I'm not sure if all the stories will somehow relate back the the Salzburg Festival or whether each narrator will provide the impetus for the next story to continue instead.

I am once again curious to tackle The Canterbury Tales.