My Jane-ite credentials will hopefully be confirmed by my declaration that I have two copies of Love and Freindship (sic) on my bookshelf!

One is in my lovely cloth bound Penguin Classics (2014); the other is part of my treasured Folio Society Jane Austen boxed set from 2003. Between the two books, I believe I have the entire collection of Jane Austen's teenage writings plus the various half-finished works that she left behind when she died. 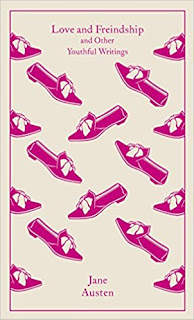 Love and Freindship is a juvenile story written by Jane Austen in 1790. She was only 14 yrs of age at the time (which may explain why she misspelt friend and friendship throughout the story)! It was supposedly written for the amusement of her family. According to Christine Alexander who wrote the Introduction in my Penguin Classics edition,


Literature was a shared activity in the Austen household; it was fun and enlightening.


I like to picture the Austen family sitting around the fire together, reading stories aloud to each other, trying to impress and make each other laugh with their cleverness and wit. I suspect Love and Freindship would have produced plenty of chuckles and quite a few guffaws.

Love and Freindship: Deceived in Freindship and Betrayed in Love is a laugh out loud parody of many of the romance novels in vogue at the time. It features elopements, exaggerated reversals of fortune, long-lost relatives, outlandish coincidences, pathetic deaths and lots of ill-timed faints!

Beware of fainting fits...Though at the time they may be refreshing and Agreeable, yet believe me they will, in the end, too often repeated and at improper seasons, prove destructive to your constitution...

Beware of swoons, dear Laura.....A frenzy fit is not one quarter so pernicious; it is an exercise to the Body and if not too violent, is, I daresay, conducive to Health in its consequences - Run mad as often as you chuse, but do not faint - . 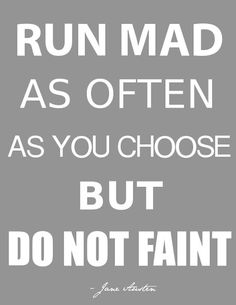 Laura is our hapless heroine. She is sentimental to the max and proud of it! Her friend Isabel, has asked Laura to give a detailed version of the 'Misfortunes and Adventures of your Life' to Isabel's daughter, Marianne, to satisfy her curiosity and to 'prove to her to be a useful Lesson.'

What follows is a series of hilarious, ridiculous letters full of the trials and tribulations of Laura's attempts at, well, love and friendship.

Unlike Lady Susan, who you end up feeling a grudging respect for, Laura is just too silly for words. Her naivety and shallowness are a danger to society and all those around her.

You may perhaps have been somewhat surprised my Dearest Marianne, that in the Distress I then endured, destitute of any Support, and unprovided with any Habitation, I should never once have remembered my Father and Mother or my paternal Cottage in the Vale of Uske. To account for this seeming forgetfullness I must inform you of a trifling Circumstance concerning them which I have as yet never mentioned - . The death of my Parents a few weeks after my Departure, is the circumstance I allude to.

We see in Love and Freindship that Jane Austen's views on sensibility and romance were formed at an early age. She was aware, as Alexander reminds us, of the 'false values and absurd conventions of sentimental fiction'.

Elinor Dashwood and Anne Eliot's rational, sensible approach to life and love is something that Jane clearly favoured all of her life. It's pleasing to be able to trace the more mature, sophisticated exploration of these ideas in Sense and Sensibility and Persuasion from this earlier, lighter story.

Love and Freindship is a high spirited, fun read and instructive, in more than ways than one!