My TBR pile is out of control and this year I endeavour to make a dint on it.

I've been going gang-busters so far. The year long #LesMisReadalong counts as one book (although I acquired a second edition of Les Mis so that I could compare translations, so it also counts as a fail!)

I've read two of my Iris Murdoch books in the huge a Murdoch-a-month #IMreadalong with two more to be read in 2019 (May and September). But again, I'm in the process of acquiring a 5th Murdoch...2 steps forward, 1 step back!

84 Charing Cross Road is my first read from my Personal Challenge as voted by you, my devoted readers :-) 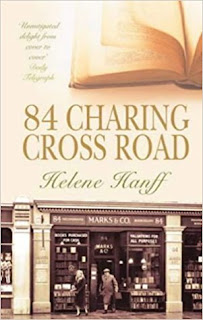 Given the number of books on my TBR pile, for 84 Charing Cross Road to receive FIVE votes was extraordinary, so I went into this book with very HIGH hopes.

My first surprise was that it's an epistolary story and my second surprise was that my edition actually contains two stories. The second one is titled The Duchess of Bloomsbury Street and it takes up the bulk of the 230 pages.

I read 84 Charing Cross Road in two reading sessions. The back cover describes it as 'delightfully reticent love affair', but I never felt like I was reading a love story, unless you count the love of books as a love affair.

It's 1949 and Helene is a New Yorker desperate to find copies of her favourite books that aren't 'expensive rare editions, or in Barnes and Noble's grimy, marked-up school-boy copies.' Frank is the buyer at Marks & Co antiquarian book-sellers, charged with responding to her letters and tracking down her book requests.

He begins by signing off with his initials, then Frank Doel and eventually (after 8 years) just Frank. 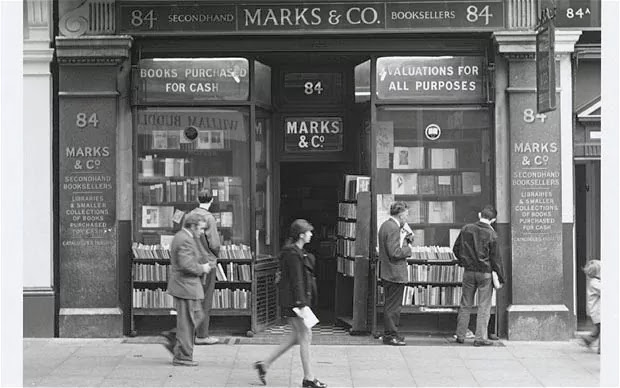 Helene is extraordinarily generous. When she discovers via British neighbours that Londoners are still struggling under strict post-war rationing, she sends food hampers. This sparks off a flurry of letters from the other staff of Marks & Co who simply have to thank her for her thoughtfulness.

Daily lives and individual personalities are gradually revealed, letter by letter. It made me sad for the lost art of letter writing. The depth of feeling and character development that evolved with time was so gorgeous and done without the use of one single emoticon!

It's also sad because Frank suddenly dies and Marks & Co eventually closes before Helene has a chance to visit England. Twenty years of correspondence finished just like that. Helene obviously still had some contact with Nora and her daughters, but without the shared interest of books and Frank, the relationship may have waned. Helene's decision to write a book changed all that. With Nora's permission 84 Charing Cross Road was born and a way finally opened up for Helene to visit London.

Which brings us to The Duchess of Bloomsbury Street.

It is now 1971 and Helene is jetting off to England for the very first time. The Duchess is written more as a diary story and takes us, chronologically, through her extended visit.

I responded to Helene's mix of excitement and apprehension about finally seeing all the sights of England that she had dreamed about for so long. Her high expectations were met and confounded in equal measure. But this second story lacked the warmth or heart of the first. Helene herself explained some of the difference,


The letters in 84 Charing Cross Road are so appealing, charming and funny, in large part thanks to Helene's BIG personality that jumps and bounces off every page.

The Duchess was a lovely way to round off the story and for anyone who has had the experience of turning up in London for the first time after a lifetime of reading books set there, it will resonate strongly.

A BIG thank you to Jean, Mary R, Jillian, Jennifer & JoAnn for the voting recomendation. It was a beauty!

I now plan to hunt down a copy of the movie and hope to one day see a stage production. 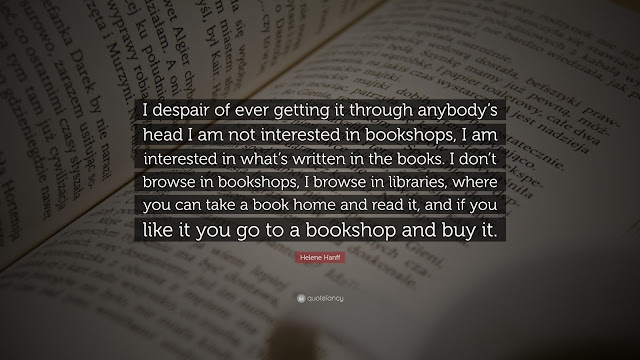