Mirka & Georges: A Culinary Affair is a beautiful book and hard to define. Is it an art book? Is it a biography? Or is it a recipe book? I guess the subtitle that Harding & Morgan chose gives us a clue to their intentions - that food is the central idea around which the book hinges. 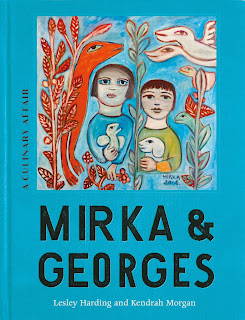 Food, not just because of it's ability to sustain and fill an empty stomach, but the social aspect of food, preparing, sharing, bringing family and friends around a table to eat together, to talk, laugh and philosophise!

Upon arrival in Melbourne in 1951, the Mora's couldn't find a proper cup of coffee or a restaurant that stayed open past 8.30pm. However, it didn't take them long to search out pockets of like-minded people and small European wholesalers as they gathered them into their new home and studio on Collins St.

Mirka's iconic artwork also features throughout the book. Lovely full page spreads of her work as well as collages wrapped around each of the recipes included in the book. I had planned on cooking a couple of the recipes for Paris in July - Blanquette de Veau or Truite Aux Amandes appealed in particular as being good winter dishes, but a hectic work schedule and a nasty head cold has got in the way of my good intentions this year. 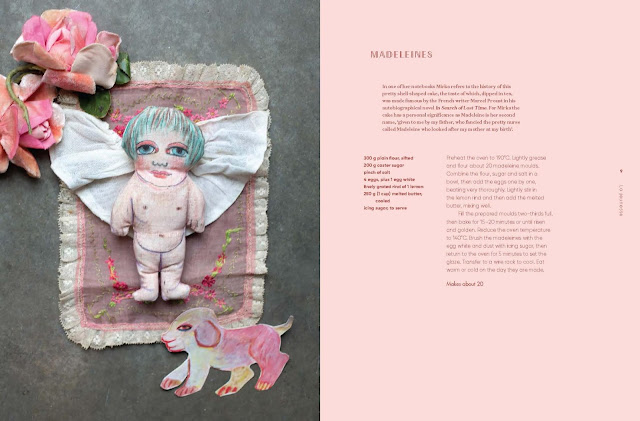 However, Mirka and Georges is not just about the art and the food. Harding and Morgan have written an engaging, personal account of both Mirka and Georges' childhoods in France, their subsequent meeting and marriage after WWII and eventual emigration to Australia.

The early pages of the book are littered with childhood photos as the threat of WWII loomed. Mirka's family were arrested and detained in the 1942 Velodrome d'Hiver round up, but managed to escape transportation thanks to a letter claiming they were 'indispensable to the war effort.' Friends then procured false papers and a safe house for them.

Georges was a German of Polish descent born in Leipzig. His parents were wealthy modern art collectors, however after witnessing the book burning in Berlin in 1933, his parents encouraged him to leave for Paris. During the war he was interned briefly as an 'enemy alien' before joining a Jewish unit in the French Foreign Legion posted to North Africa. Later he joined the Jewish humanitarian group Euvre de Secours aux Enfants that helped Jewish orphans whose parents had disappeared throughout the war.

They were a passionate, creative and gregarious couple. Their wartime experiences made them embrace the opportunities of peacetime with open arms. Living life deeply, passionately, artistically. Seeking freedom and fun and doing it all with a great deal of European flair and finesse.

They soon found their niche in Melbourne as friendships with Sunday and John Reed, Charles Blackman, Joy Hester and Arthur Boyd blossomed.

We follow the Mora's various ventures into cafes, restaurants and exhibitions as their young family grows up. The book follows them all the way to the break up of Mirka and Georges around 1970. 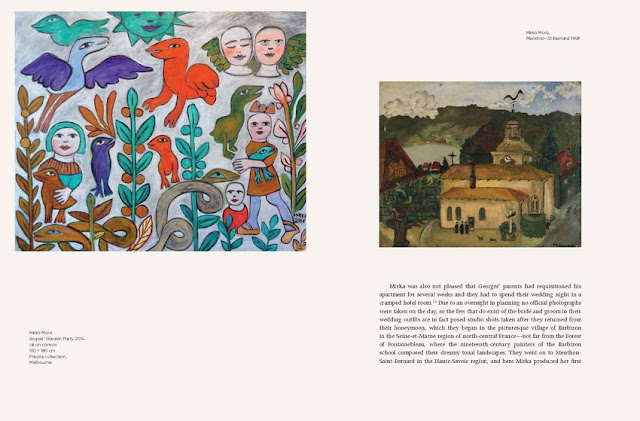 I knew very little about the Mora's lives before this book but what I found between the pages of this lovely book, has only intrigued me more. I only wish I'd ever had the chance to eat in one of their restaurants!