This may, or may not, become a thing, but right now I cannot get my head around writing a book response for love or money, let alone reading anything for any length of time. So, The Covid Chronicles it is!

My last two weeks worth of posts were pre-scheduled ones written over three weeks ago (and I still have two more to come). Three weeks ago, Mr Books and I spontaneously decided to go for a long drive to the South Australian wine districts, so I scrambled to get all my outstanding book responses finished before we left.

As it turned out, our time away coincided with the escalation of Covid-19 emergency updates and restrictions. Looking back over those two weeks now, it is fascinating to observe how quickly our lives have changed.

However, my year has been weird almost from the start.

First the drought and bushfires absorbed all my attention and energy, then the dramatic, torrential rain storms in early February changed my work situation. Our beautiful new bookshop was badly flooded and after trying to trade for a few days, we realised we couldn't safely continue to do so until remedial work had taken place.
My new boss has spent the time since going through all the insurance red tape. Most of the books survived, but the flooring and shelving were cactus. We had to pack up ALL the books, for the work to go ahead. Since then I have worked a few office days to catch up on paperwork and see some reps, essentially though, I have not been working since mid-Feb.

Mr Books new job (of a year ago) was also not going well. A takeover meant that he was no longer doing the job he had been signed up for. He was unhappy and dissatisfied with the new direction (or lack thereof).

At the end of January, B19 suddenly informed us that he planned to transfer his uni degree from Canberra Uni to Macquarie Uni and was moving back home. Transfer and move proceeded smoothly, but he was three days late in getting his recognition of prior learning paperwork in, which meant they could not guarantee it would be awarded by the cut-off date for enrolment. It wasn't. So he made the decision to defer for six months and look for full-time to work to tide him over.

B22 and his lovely GF moved in to their first place together. They invited us over to be their first dinner guests. We discussed the possibility of Coronavirus coming to Australia, what it might look like if it did and what would be the best way to combat it.

Mr Books then came home one Friday evening, saying that a number of people in his office had 15 minute early morning meetings with management on Monday. He was first up.
Over the weekend, we figured it either meant he was being offered another role within the new group or he was going to be told that his services were no longer required. If it was the latter, we decided to jump in the car and take off for our first two week break in nearly two years.

This was the first sign of a Covid-19 change in our planning style. Normally, if we had the sudden opportunity to have a holiday, we would jump on-line and check the deals for places like Bali, the Solomon Islands or Taiwan. But international travel didn't feel safe. Even domestic flights felt fraught with unknown dangers in the recycled air. A car trip was the best fit for these uncertain times.

As I was walking into my first rep meeting on Monday morning, Mr Books sent a text message, 'pack your bags'.

In and around this, news about the growing Covid-19 epidemic was increasing. Somewhere along the way, we stopped calling it Coronavirus. A few international travellers had returned to Australia with the virus, but were (supposedly) self-isolating. We were being careful and cautious and starting to plan for a different future. It didn't feel real or even particularly likely, despite the news coming out of China and Italy. I bought an extra pack of cold & flu tablets and panadol, plus some soup, pasta and tinned tomatoes. I felt a bit silly for preparing for something that might not even happen, or if it did happen, was still too far away to really worry about yet.

The government was telling us to keep our distance, especially from the elderly and people unwell with auto-immune issues. Washing our hands thoroughly became the big news message. I was still going about my usual (off-work) routine. I was conscious of not touching door handles or elevator hand rails or touching my face, but it was basically life as usual with a few modifications. 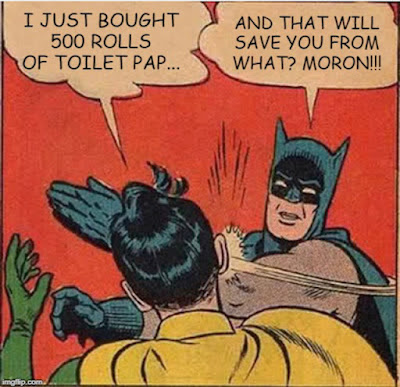 As we were packing our bags for the roadtrip, the toilet paper panic suddenly came out of nowhere. Images of people fighting over bags of tp in the supermarkets were distressing and surreal. It highlighted the level of fear building up in Australia, and our bizarre attachment to bathroom routines.

The panic bred more panic as our government failed to provide clear and precise messaging. I understand that the situation was changing rapidly each week, but rambling conferences with conflicting advice only made the public more fearful, or more dangerously, dismissive. The news from overseas was starting to get a bit scary. Not only was Italy having a terrible time, but Iran, Spain and the US were quickly catching up.

Good news came our way when B19 was successful in getting a full-time position at a local chemist chain, starting immediately.

We went for a grocery shop to make sure B19 had enough of the basics for the time we were going to be away, but there was no toilet paper, no hand sanitiser (a product we had never bothered with before) and almost no pasta.

As Mr Books and I headed off into the sunset with a precious two-pack of toilet paper in our bags, we were being admonished by our Prime Minister to stop hoarding. To just stop it! It was un-Australian behaviour and we should just stop it.

Crossing the Great Divide felt like a great escape. The term social distancing had materialised out of nowhere and became a hashtag for our trip. Driving west, we congratulated ourselves on being in a place and space (our car, just the two of us) where it would be relatively easy to practice this social distancing thing.

The skies opened up, the roads cleared and Mr Books and I (both country kids at heart) felt our usual sense of relief and comfort as we entered rural NSW. 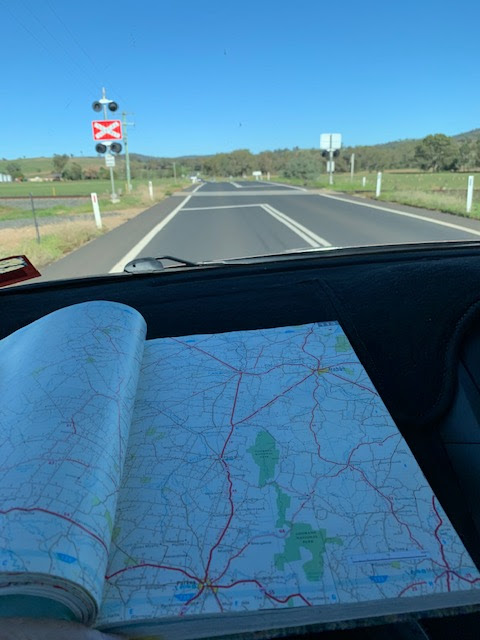