What is My Favourite Classic

The Classics Club will be hosting a monthly meme alongside it's 5 year challenge to read 50+ classics!

I'm also a little stressed about how I'm going to fit all this extra reading and blogging into my already crazy life!

The first Classic Club meme is 'What is your favourite classic? Why?' 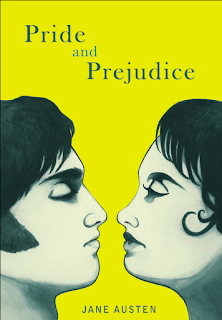 Yes, you read that correctly! 27 times!

I haven't read it every single year since my HSC, but I did read it 5 times during the HSC period.

During my teaching years, P & P became my comfort read at the end of the summer holidays just as I was feeling melancholy about going back to work. P & P invariably cheered me up or at least made me forget about hot, smelly classrooms for a little bit longer!

But the more I thought about it, the more I realised that P and P is not actually at the top of my favourite classic list.'

P and P is my comfort read. I love it for it's familiarity, it's humour, and it's delightfully constructed drama.

That honour goes to Elinor Dashwood.

Like me, Elinor would have spent her life spelling her name for others! Like me she was accused of being unfeeling because she chose to keep her feelings private. Like me she avoided dramas and drama queens, but was too polite to tell them to bugger off. Like me she was searching for a man of honour and loyalty. Elinor is a "kindred spirit".

But Sense and Sensibility is not my all-time favourite classic either. 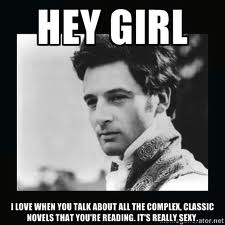 And as I write these words, I realise that I am the luckiest woman in the world...because I did, in fact, marry my very own modern day Mr Knightley :-)

Emma is not my all-time favourite classic either and Emma is definitely not a "kindred spirit". 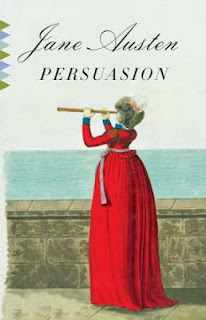 Although Anne Elliot can be a bit submissive at the beginning, I enjoy watching her character emerge as she matures and becomes more confident about her own abilities.

Persuasion also has one of the best lines ever about history and books being written by men...

Men have had every advantage of us in telling their own story. . . the pen has been in their hands," Anne tells Captain Harville. "I will not allow books to prove anything.

Anne is also a "kindred spirit" of mine and with her appalling family, she needs as many kindred spirits as she can get! 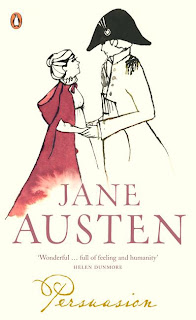 My only wish is that Austen had more time to develop the ending before she died.

I found both possible endings unsatisfactory (except for the obvious part where Anne and Wentworth get together). And I can't but help think that Austen would have reworked this a lot more if she had had a chance.

Maybe that is another reason why I love Persuasion so much. As a reader you can see the writer at work. You can appreciate Austen's craft by seeing the unfinished ending in the rough. I've always enjoy imagining how Austen would have polished the ending further.

Anne and Captain Wentworth are the most perfectly matched, well-suited, deserving lovers in history!

And I wish them all happiness together.
Posted by Brona Labels Classic, Classics Club Meme, Comfort Read, Jane Austen, Romantic Quest at 24.8.12
Email ThisBlogThis!Share to TwitterShare to FacebookShare to Pinterest