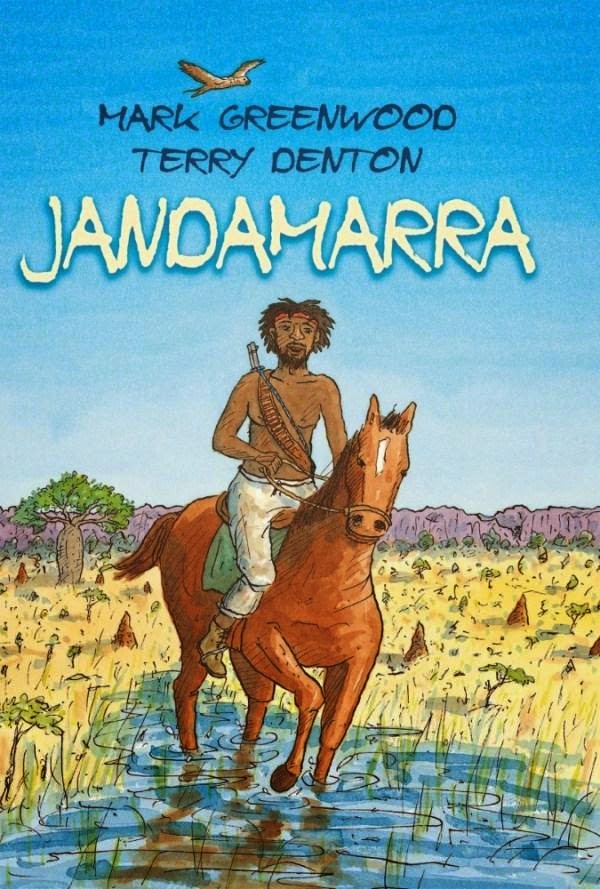 Jandamarra is based on a true story from the Bunuba people of the Kimberley region in far north W.A. This area encompasses Fitzroy Crossing, the Napier Ranges, King Leopold Ranges and the Lennard River.

Jandamarra was born in the 1870's but his legend lives on in local folk tales. The white folk saw him as an outlaw, whilst the Indigenous people view him as a courageous hero protecting their sacred lands.

Greenwood & Denton sought permission from the Bunuba people to bring his story to greater prominence.

We learn about his childhood; his nickname Pigeon, his first job looking after the white fella's sheep, learning how to ride & shoot.

We see the growing animosity between the white settlers and the native population who see their sacred sites being fenced in & over run by cattle.

Before we know it, Jandamarra is being arrested & jailed for stealing sheep. Whist in jail, he befriends the local police officer, Richardson. When he is released, he becomes a wanderer. He doesn't feel that he belongs anywhere anymore. He has broken tribal laws and white laws. Eventually, he gets work with Richardson as a police tracker.

He helps Richardson arrest his uncle and cousins until his conscience gets the better of him. He kills Richardson and sets free his family. They all go on the run. Jandamarra becomes a fugitive from justice and engages in a three year guerrilla style war against the white settlers.

His daring and cunning and ability to disappear led everyone to believe he had acquired magical powers. Magical powers that came from a secret billabong near Tunnel Cave. It took another Aboriginal tracker with special powers and from another tribe, to track him down and kill him near Tunnel Cave.

The story highlights the tragedy of early white settlement in Australia on the local people.

Greenwood leaves us with these powerful words from the Bunuba people,

We are still here and strong.

Jandamarra has been shortlisted for this year's CBCA Eve Pownall award  for information book. 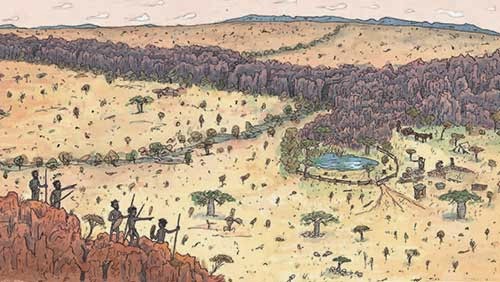 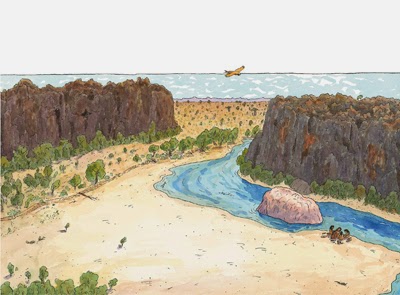