The Midnight Zoo by Sonya Hartnett 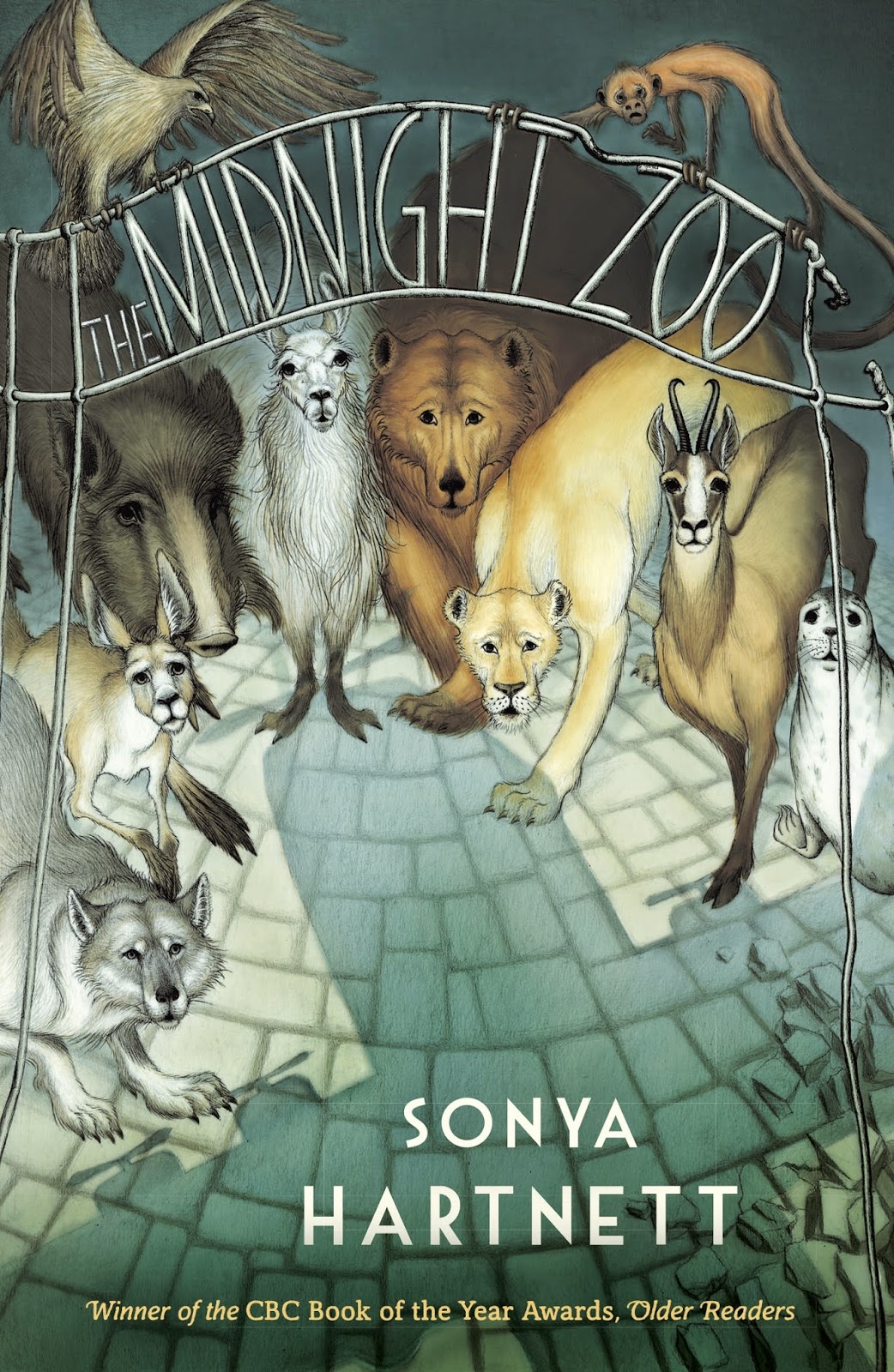 Sonya Hartnett is a Melbourne based author who writes for young children, teens, YA and now adults with her recent release of Golden Boys.

She has won more awards than you can poke a stick at including the CBCA for Older Readers for The Midnight Zoo in 2011, the CBCA for younger readers in 2005 for The Silver Donkey & again in 2013 for Children of the King.

In 2003, Hartnett was shortlisted for the Miles Franklin award for her YA novel, Of A Boy, which also won her the Commonwealth Writer's Prize & The Age Book of the Year. Another YA novel, Sleeping Dogs won the Victorian Premier's Award in 1996.

Her picture books, The Boy and the Toy, won an Aurealis Award in 2011 & Come Down, Cat! won the Speech Pathology Award in 2012.

In 2008, Hartnett was awarded the Astrid Lindgren Memorial Award (ALMA). The Swedish government founded this award in 2002 to "promote interest in children's and young adult literature" based on the UN Convention on the Rights of the Child.
Hartnett is the second Australian to be named laureate with Shaun Tan winning this honour in 2011.

The judges had this to say about her body of work:

Sonya Hartnett is one of the major forces for renewal in modern young adult fiction. With psychological depth & a concealed yet palpable anger, she depicts the circumstances of young people without avoiding the darker sides of life. She does so with linguistic virtuosity & a brilliant narrative technique; her works are a source of strength.

After all that, I feel a little ashamed to admit that I've only ever read her picture books!

This is a slim, slight story, that Hartnett fills to overflowing with her carefully, gracefully chosen words.
The power of story is evident everywhere and the beautiful, heart-breaking idea a world "riddled with holes where certain people and animals were meant to be, but weren't" is woven throughout.

This is probably not a book that most children will pick up on their own, but those that do will be mesmerised. Teachers will love sharing this with their primary school classes - the layers of meaning and feeling will have their classes talking for ages.