I is for If She Rings by Dorothy Porter 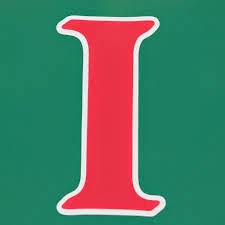 Christmas, New Year and our summer holidays got the better of me.

I missed a couple of Alphabe-Thursday posts in my Aussie Author Challenge *tsk tsk!

And now we're up to the letter I...eek!
To make this letter work for me I've had to stretch my rules a little to find an Australian author that I've actually read.

Therefore this week I give you Australian poet Dorothy Porter and her poem, If She Rings.

Dorothy Porter was born in 26th March 1954 in Sydney. Her parents were Jean & Chester Porter. Chester was the QC who defended Lindy Chamberlain.

She attended Sydney Uni, graduating in 1975 with a Bachelor of Arts (English & History). One of her teachers was poet, writer & essayist David Malouf.

In 1993 she moved to Melbourne to be with her partner, writer Andrea Goldsmith. They shared a cat called Wystan, named after WH Auden.

In different articles and interviews over the years, Porter cited Emily Dickinson, Basho, Raymond Chandler & Dorothy Parker as important influences on her work.
According to friends, 'lucid' and 'feral' were her two favourite words. 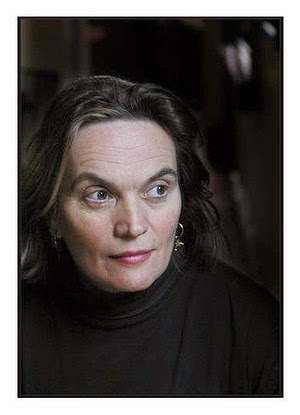 Dorothy Porter: " Music has been the key for me since I was a teenager ... I wanted to tap into that dark potency of rock'n'roll, and I still write to music every day."


"The poetry scene in Australia is small, querulous, and has always been distinctly unglamorous. The advantage I had early on was that I studied acting, and I was a very good performer at a time when poetry was basically mumbled. I could dramatise and that got me noticed."

"I'm longing for poetry that just smacks me across the head."

Andrea Goldsmith:  "Her work is romantic without being sentimental; it’s lyrical, insightful and emotionally resonant. And it is sharply contemporary in its honesty, its imagery, its unwavering grasp of the jugular. Most of all it illuminates love, which is, after all, the most powerful of human experiences."

David Malouf:  "She had such a vitality and a grasp of life, I think you see that in the way she made her poetry work, in very spare tight verse ... she had enormous energy."

Tim Finn:  "She was a very real person, with no bullshit, and this raw honesty. You would want to meet her on that level. Her work was streetwise and sensuous. She could write with heightened language, and never be waffly or precious, and there was always the unexpected image. She was a really great writer."

Michael Brennan:  "Porter is a defiant voice against the obscure and effete in poetry, unafraid to see poetry as a popular art form in the twentieth century, a feast open to all, immersed in the sweat, blood and tears of contemporary life, its hum-drum realities and headlong rush."

Porter died of breast cancer on the 10th December 2008. At the time of her death, she was working with Tim Finn on a rock opera - I would have loved to have seen (and heard) that!

Porter was one of the few Australian poets fortunate enough to actually make a living from her work.


A film of The Monkey Mask starring Susie Porter & Kelly McGillis was released in 2001 (thank you wikipedia).

I have read The Bee Hut and The Best 100 Poems (compiled after her death).
It has been wonderful to have an excuse to browse through them again for this post.
Reading Porter's poems is a very sensual, earthy and heart-wrenching experience. Repeat visits are a must.

I don't find it easy to review a book of poetry as I never read the poems in one sitting or in order. I pull out the pieces that speak to my mood of the moment. I return to favourites, I circle verses, underline words & asterix whole sections.
I love spotting a heavily marked poem that obviously meant a lot to me on one reading, but now I go 'meh'!
Rereading my books of poetry would be a quick, easy way to view my emotional growth & life journey (if only I dated my scribblings!)

But for now I will leave you with a few of Porter's 'I' poems.

she'd ring in a week

we were walking along
Balmoral Beach

we were almost
holding hands

we were watching
seagulls

our salty lips
her nervy hand
skipping chips
through the sand

this morning
I'm not witing by the phone

this morning
I'm packing my bags

if she rings in an hour
I'll be on the train

if she rings later
I'll be on the plane

if she rings tonight
I'll be in Brisbane

at least a hundred beaches
away.

IV: I Touch  (Poems from the Verse Novel El Dorado)

I touch her lovely wild
face.

I've been here before.

The white beach.
The glistening trees.
The staring savages
on the shore.

Imagination  (from The Bee Hut)

trust me
trust me

I'm so soft and warm

I prmoise
I'll make the journey
worth you while

to the soft slow burn
of your lost lost
toes

I'll seep right
through you
I'll change forever
your bones, soul
and blood

trust me
trust me
I'm so soft and warm

trust me
trust me
take my journey
take the plunge

you can sink
you can sink
so sweet and safely
right to the calling
and calling
bottomless
of me.

I've always loved how Porter's poems stir & disturb my conservative emotions, but typing up these three poems, one by one, word by word, has been extraordinary.

Her words got right under my skin, they sunk in, black & sucking, soft and warm until they felt a part of me.I suddenly felt lucid...and well, a little feral!
How glorious that someone else's words can have such an immediate & physical effect.

I really must read one of her verse novels soon.

This post is part of Alphabe-Thursday as well as being my very first post for the AWW2015 challenge.