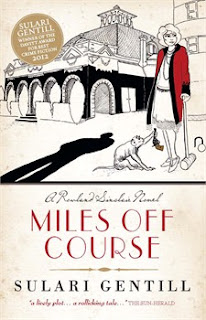 This weekend just past may not have been the busiest weekend I've ever experienced, but it comes in a pretty close second.

I'm so exhausted I hurt.

My eyes ache, my legs throb & my head hurts!

After work on Friday we enjoyed a staff farewell party.

Saturday morning my family viewed four houses for rent....because, yes, we have to move. Not unexpected or even unwelcome, but a tiresome, tiring process nonetheless.


Then my sister and her family came to stay Saturday night...another late night ensued.

Sunday morning was an early start to get them off to the airport in time to start their holiday, followed by two huge semi-final soccer games with the boys (both went into extra time, one also went into penalty shoot-outs but both were ultimately successful).

A quick trip home to catch up with one of my dearest school friends who was also driving through Sydney with her family for their holiday on the North Coast, followed by another viewing of one more house, then cleaning up our house after the visitors, packing a few more boxes (why oh why did I buy all those books?)

Finally, packing my own bags for my mini-break away this week!!

My mind had so many things going through it (mostly to with packing up & cleaning logistics) that I couldn't settle to anything.

I needed a quick, easy, fun read and I needed it now!

The choice was obvious in the end.

Miles Off Course is the third book in the Rowland Sinclair series and it starts off in the Blue Mountains...were I am right now!

In early 1933, Rowland Sinclair and his companions are ensconced in the superlative luxury of The Hydro Majestic - Medlow Bath, where trouble seems distant indeed.

And then Harry Simpson vanishes.

Croquet and pre-dinner cocktails are abandoned for the High Country where Rowland hunts for Simpson with a determination that is as mysterious as the disappearance itself. Stockmen, gangsters and a belligerent writer all gather to the fray, as the investigation becomes embroiled with a much darker conspiracy.

Again, Rowland Sinclair finds himself in the middle of it all.


There's so much more I want to say about things like Paris in July, Japanese Literature Challenge, Gone With the Wind, great holiday reads & how do you turn your brain off to get a good nights sleep, when you have so much stuff going on that you feel like bursting?

But I'm feeling so very weary again & typing on my phone isn't helping.

What do you do to unwind & switch off at the end of each day? Do you have a fun, easy series that you turn to in times of stress?

Please forgive any weird formatting issues & no links as I'm also posting this on my phone & won't be able to check on my laptop for a few days.

Twitter #IMWAYR
Posted by Brona Labels It's Monday!, Series at 29.6.15
Email ThisBlogThis!Share to TwitterShare to FacebookShare to Pinterest