Swords and Crowns and Rings by Ruth Park 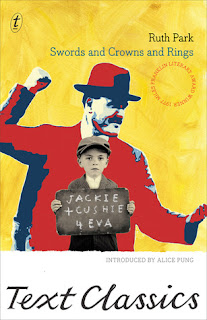 Until it was republished under the Text Classics umbrella in 2012, I had never even heard of it, let alone read any reviews about it.

I've been wondering how this was possible?

I read and loved some of Park's children's books when I was young - Callie's Castle, Playing Beatie Bow and When the Wind Changed. In 1986/7 I adored the TV series based on her books Harp in the South and Poor Man's Orange and subsequently read both books. But I never knew she had won Australia's primary literary award.

The Miles Franklin Award aims to celebrate a novel each year that 'is of the highest literary merit and presents Australian life in any of its phases.'

Swords and Rings and Crowns is all of this.

There is nothing experimental or challenging about the format or structure of the book. It is straight forward historical fiction with a coming of age element and some romance. But it is beautifully realised.

Park's writing is evocative and authentic. She brings the hardships and the details of Depression era NSW to life so vividly that you can feel the hunger, the cold and the fear along with her characters. However, the bleakness of the times was compensated for by the warmth and grace of her central characters.

Jackie, the dwarf, his mother, Peggy, and stepfather, Jerry are a loving, strong unit. They tackle life with practical good sense, kindness and a togetherness that is enviable. Jackie's dwarfism was never allowed to be a disability although it obviously played a large role in shaping his character. His parents taught him resilience and that being a good man had nothing to do with size but everything to do with who you are on the inside. Their mission in life was to make Jackie's 'soul grow.'

They gave him books on mythology that featured whole worlds of 'clever and heroic dwarfs'. When he was young, Jackie believed that the nearby hills housed a whole race of people like him because 'the mines in the hills (were where) the dwarfs dig gold and makes swords and crowns and rings.' This sense of mythology and belonging served him well as time went by. It became the solid foundation that was never rocked by the trials of adult life.

Jackie was also blessed throughout his life with the unconditional love of two young women. Cushie, the girl next door and Maida, the cruelly treated step-cousin.

Clearly, Jackie's personal growth and sense of self was heavily informed by Park's own growing interest in Zen Buddhism at this time in her life. He was able to live for the moment and accept 'the fate that seemed to be his.'

Although I studied the events and effects of the Depression at school, it was still shocking to be reminded about the harsh conditions of this time. In the hands of Park, who had an intimate knowledge of the poverty and joblessness during the 30's, the scenes of Jackie and Jerry wandering the countryside looking for work, are heart wrenching in their authenticity. They brought to mind the gritty, dirty realism of Steinbeck's Grapes of Wrath and Emile Zola's descriptions of grinding poverty in Germinal.

The Sydney scenes were particularly meaningful to me. Cushie's grandmother lived in Balmain (my home for the past 8 years) 'in a house she would not leave, though the district was running down and becoming industrial.'

Cushie's first experiences of living in Sydney were familiar as she came to terms with the old narrow, winding streets for the first time.


So she began to learn a little of the city that lay, like a lump of irregular, time-worn stone, on the palm of a huge hand that was the blue-fingered Harbour. It was a city she had not even guessed....The warmth and squalor of the unknown town appealed to her strangely; she felt almost happy sometimes.

Sydney can have that affect on you!

The ending was predictable, although Park kept it from us for as long as possible. I would have liked to see Jackie and Cushie together, working to bring her grandmother's behest to help the poor, to fruition.

But I guess that's what imagination is for. 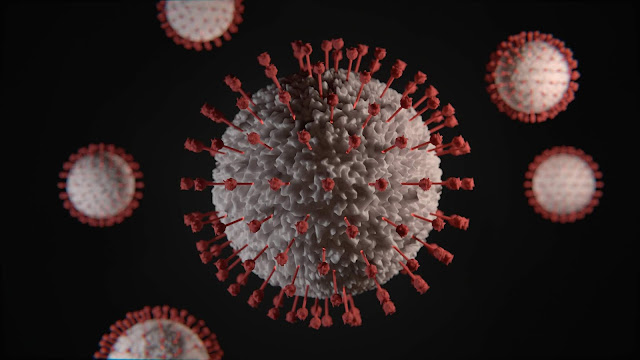