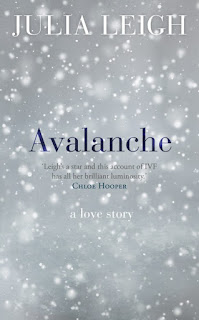 Writing a book about your experience with the IVF program comes with many emotional pitfalls and landmines. It crashes into the brick wall of other people's preconceived and often strongly held opinions.

The trick, obviously, is to connect emotionally to your reader very early on.

There are those friends that you meet that you click with straight away - you feel like kindred spirits. It can be quite intense and full-on, but as you get to know each other better, you realise that there are some stark differences. Some friends survive this phase; some don't.

Other friendships start off cautiously. They seem okay, but the timing is never quite right to jump into a deeper conversation. You regard them fondly, kindly, but don't them very well...until something happens that forces you to get to know each other. Some friendships surge forward after this and a closer bond is formed that lasts forever; but others just drift away once the crisis is resolved.

Then there are the friends who you dislike at the start. They say or do something that puts you off or they see at your worst and so you avoid each other, wondering what other people see in them. Then one day you get invited to the same BBQ, or you end up sitting next to each other at a school event, or you run into each at the doctor's surgery and you start chatting. Suddenly you're having coffee together and laughing about those crazy first impressions.

There are some people who you can never get beyond that dislike phase. Every encounter simply confirms your bad opinion or brings out the worst in you.

But most people, that vast mass of humanity on the periphery of your life, are benign, potentially sympathetic souls, willing to leave you be to live your own life as best as you see fit just as you leave them to be happy in their own way. You might connect at a work thing one day, have a friendly chat, but never think of each again.

I suspect that page one of Julia Leigh's Avalanche: A Love Story will cause most readers to dive into the intense kindred spirit type friendship or leave them feeling dislike at first sight.

For me, it was the first friendship.
I connected instantly and intensely with Julia's beginning.
The rekindling of a love affair in her late 30's with the man she loved at uni is my story too. However, at this point, our paths diverged.

That initial burst of fellowship that engaged me and drew me into her story, began to feel too fierce. I began to judge her actions by what I feel I would have done or did do in similar circumstances. I recalled the many, many discussions with friends during my twenties, thirties and forties about babies and motherhood. The choices people made - all that heartbreak, joy and hard work. The expectations about relationships and parenting that everyone contends with - from their families, society, but ultimately, themselves.

I read Leigh's story through in two very quick, vivid reading sessions. I marvelled at her gutsy approach - laying it all on the line for us to comment on. I respected her attempts to take other people's perspective into account and to analyse some of her own behaviours and actions thoughtfully.

No-one is perfect. We are all flawed individuals, often blindsided by our own desires. Leigh attempts to bring some of these to light,


There is comfort in purpose. Part of me wanted to have a child just so I could have an inviolable reason for being. Sweet purpose. Sweet dark purpose, secret of secrets: a child would save my life.


By the end of Avalanche, I had swung back around to feeling friendly and sympathetic. This is one woman's journey; it's not one I would choose for myself, but this is not my story. Leigh is giving us a chance to see inside the heart and mind of someone who makes a certain choice. As Atticus Finch said in To Kill A Mockingbird,


You never really understand a person until you consider things from his point of view … until you climb into his skin and walk around in it.

Leigh gives us this opportunity.

I'm not sure if she also fully appreciates the searing indictment on the IVF industry that emerges through her story. Perhaps that is my particular lens kicking in though.
The money being made off older women and couples emotionally desperate to clutch at any baby making straw was truly startling. The odds were never in their favour. Yet still they try.

Leigh's book helps us to understand why.

Avalanche has been longlisted for this year's Stella Prize.