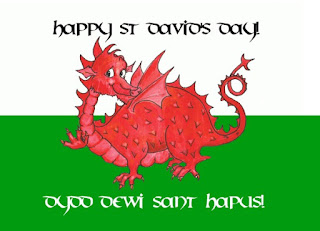 The 1st of March is the National Day of Wales.
You may be wondering why someone in Sydney would care about such things?
My name is the first give away - Bronwyn (although my variation is a masculine Anglicized take on the traditional Welsh spelling of Bronwen).
My mother's ancestors are the next clue.
My grandmother's maiden name was Llewellyn, although less salubriously, it was her grandfather who first came to Australia...as a convict (he stole a copper pot).
My Pop had closer Welsh ties.
His dad immigrated to Australia (from Llantrissant via the California goldfields) in the late 1800's.
We are still in touch with the children and grandchildren of his siblings back in Wales.

But all of that is but a distraction from my purpose today.

My purpose today is to get back on blogging track.

I had hoped that life would be a little calmer this year, but so far, the first two months of 2018 have been so crazy busy, my head is threatening to spin right off!
I've always said that I would rather be busy than bored, but I little more downtime wouldn't go astray.

Reading time is okay, but blogging time has taken a real hit.

The #LesMisReadalong is a constant joy.
A chapter a day #slowreading is perfect for me right now, my ability to join in group chats and tweets waxes & wanes though.

With that in mind, I'm proud to announce my upcoming participation in two more reading events. 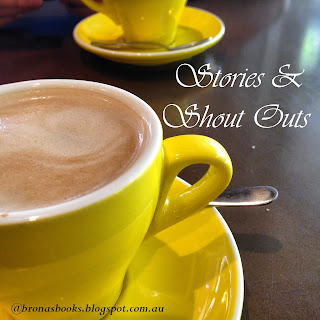 The 1st of March is not only St David's Day and the first day of autumn (by the calendar) in the Southern Hemisphere, it is also the beginning of #ReadIreland month.
Hosted by Cathy @746books and Niall @Raging Fluff, the idea is to read books by Irish authors.

I posted a survey on twitter asking which one of my Irish writers I should read this month...and the winner was Bernard MacLaverty's Midwinter Break. 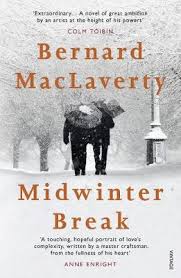 I also have a tome of William Trevor's short stories that I might be tempted to dip into again.
If I have time, I may even squeeze in The Green Road by Anne Enright.

April sees the return of one of my all time favourite readalongs -
#Zoladdiction hosted by Fanda @Classiclit.

I love Austen in August, but my love affair with JA began long, long before blogging and readalongs.
Whereas my love affair with Zola began thanks to Fanda's Zoladdiction month.
I am now trying to read the Rougon-Macquart books in order.
Chronological or Zola-preferred though?
In the end the decision was made easy for me.
Chronologically, book 2 is La Curee or The Kill. I have a copy of this on my TBR pile.
Book 2 for Zola was Son Excellence Eugène Rougon. A book I have yet to source. 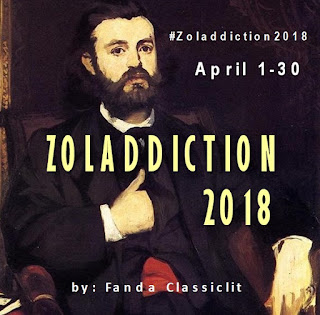 Which brings me nicely to the (ongoing) discussion over at The Classics Club about what actually makes a classic. Lots of stimulating thoughts about the nature of time and generational relevance, forgotten classics, who decides what is a classic in the first place, the role of women and translated works...just to summarise quickly.
I can feel another response percolating away (I wrote a post about this a number of years ago).
Now I just have to find the time to write it!

Will you be joining me/us in any of these challenges?
Or have you found something else to pique your interest right now?
Posted by Brona Labels Classic, Ireland, Readalong, ReadIreland, Stories and Shout Outs, Wales, Zoladdiction at 1.3.18
Email ThisBlogThis!Share to TwitterShare to FacebookShare to Pinterest