It's So Classic Book Tag 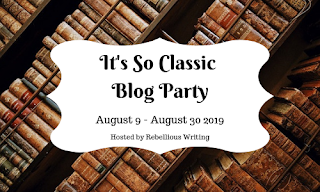 I currently have 3 chapters left in The Count of Monte Cristo Readalong I've been participating in since May and my very own 7-month long Moby-Dick Readalong is just one month young, so when I spotted this meme popping up on various friendly blogs this week, I knew it would be one that I would join in sooner rather than later.

What is one classic that hasn’t been made into a movie yet, but really needs to?
Zola's complete Rougon-Macquart series!

What an incredible feat of cinematography, casting and costuming it would be. With 20 books that could easily be given 3-4 hrs each, this series could run across several seasons. The special effects, historical accuracy and location shoots could see it rival Game of Thrones for drama, conflict and nasty families.


What draws you to classics?
I love historical fiction, so even though many of the books we now consider classics were written contemporaneously by their authors, they read as historical fiction to those of us who come after.

I love learning about times gone by. How people lived and the times they lived through. I like to be reminded that though our clothes, technology and pop culture icons might change, certain universal ideals and behaviours do not.

History does repeat itself, all the time. We simply refuse to learn the lessons of bygone times.

What is an underrated classic?
Most Australian classics fit this category. They're barely known and appreciated in Australia, let alone anywhere else.

The Fortunes of Richard Mahony by Henry Handel Richardson is a case in point - how is this extraordinary classic not a part of every Australian school reading list (except for the vast size of it perhaps, but when has stupendous size ever put off a serious reader of classics?)

What is one classic that you didn’t expect to love, but ended up loving anyway?
Moby-Dick. Although I have yet to finish it, so it may be too early to call!

John Wyndham's The Day of the Triffids was also a surprise hit when I first read it in my twenties. It turned me onto the whole wide, wonderful world of early sci-fi.

What is your most favourite and least favourite classic?
Favourites are easy -  Persuasion, Pride & Prejudice and Sense & Sensibility.
Least favourites - Madame Bovary, Dubliners and Vile Bodies.

Who are your favourite characters from a classic?
Atticus Finch (good guy), Anne Eliot (shy girl gets her man), Bilbo Baggins (braver than he thought he could ever be), and Dorothea Brooke (stays true to herself & finds happiness in love eventually).

What’s a popular classic that you felt wasn’t actually that great?
Wuthering Heights (too much teenage angst for me), Don Quixote (repetitive and quite cruel) and anything written by Hemingway (pompous ass).

Who is your favourite classic author?
I have two - Jane Austen and Emile Zola.

In your opinion, what makes a classic a classic?
Time is the key factor for me. A contemporary story may attract a lot of attention and buzz during the time that the author is still alive, and for that first generation of readers who loved the book, but it then has to travel across time to speak to new generations of readers for it to be a true classic. I'm happy to call books written in the past 25-50 years modern day classics - these books have the potential to speak to multiple generations across time, but have yet to prove themselves.

Books that have universal, timeless themes is the other factor. It's not always possible to know these at the time. They only reveal themselves with the passing of the years.
Moby-Dick was a flop during Melville's lifetime. It wasn't 'discovered' and recognised as a classic  until the 1920's, when he became considered a writer ahead of his times.
Many Australian women writers from the 19th and 20th century also fit this bill. Ignored and marginalised by the patriarchal literary scene of their time, their work has only been rediscovered in more recent times thanks to the wonderful work of Text Classics.

My bonus question: What movie about a classic book was better than the book?
Out of Africa by Karen Blixen has been one of my major classic book disappointments. It was disjointed and emotionless. However the movie was heart-breakingly beautiful and memorable. 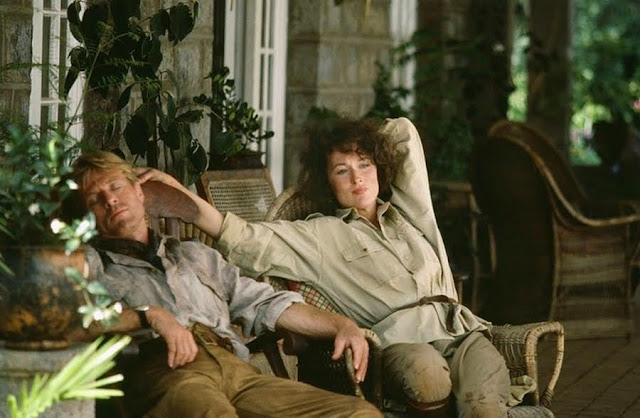 If you'd like to join in, consider yourself tagged.
Visit Rebellious Writers for all the details and pop by to see what Hamlette, Joseph, Silvia and Ruth also have to say about these important bookish matters!
Posted by Brona Labels Book Tag, Classic, Meme at 31.8.19
Email ThisBlogThis!Share to TwitterShare to FacebookShare to Pinterest