Eugénie Grandet is part of Balzac's much larger collection of works, La Comedie humaine, conceived as a realistic exploration of the Restoration & July Monarchy periods (1814-1848) .
There were 91 completed and 46 uncompleted novels & essays in the collection all told.

Eugénie was first published in 1833. My edition was translated by Katherine Prescott Wormeley.

Balzac uses a lot of very specific detail and description to set the scene in this, his first best selling novel. Many of the descriptions referred to places, items & architectural terms that I could not picture, so I spent an afternoon on google images researching the town and buildings of Samaur. (see my WWW post).

I initially thought this was going to be a Romeo & Juliet story with star-crossed lovers and early, tragic deaths.

However, the tragedy is far more subtle, drawn-out & realistic than Romeo & Juliet as the star-crossed lovers are merely separated by geography & time.

Balzac explores human nature, temperament and the influences of family and circumstance.
The main themes are money & power and the corrupting nature of both.

We follow Eugénie as she suffers for her first and only love. She argues with & defies her father who locks her in her room with nothing but bread and water. Her mother dies, she reconciles with her father but withdraws from society. She gradually takes over her father's business affairs as his health also declines and, in despair we watch Eugenie become more and more like her miserly, niggardly father. 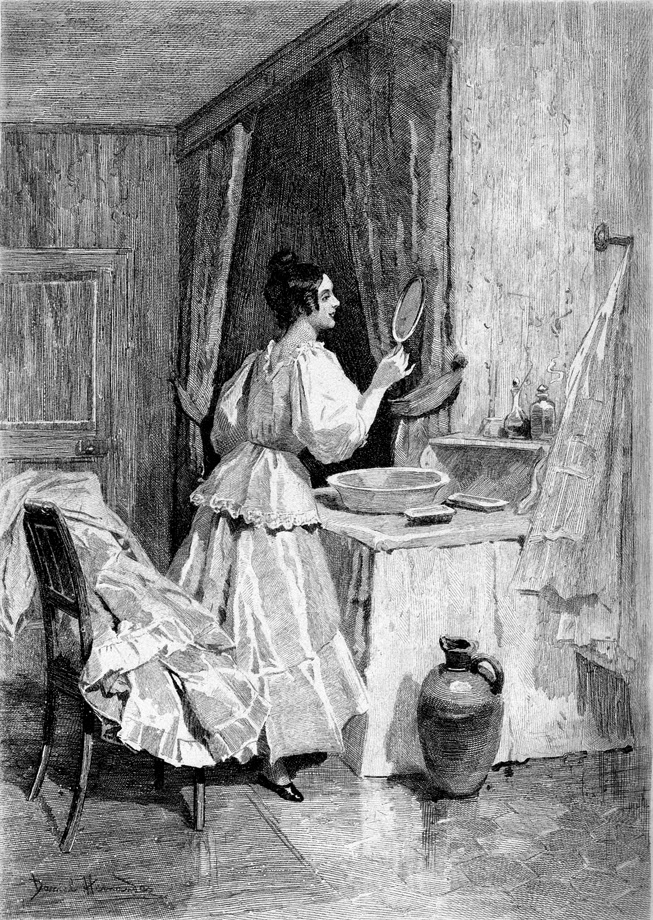 Declining all the joys and happiness that could be had, choosing instead to remember lost love and martyr herself to the miserly life established by her father.

According to wikipedia, Eugénie is content with her lot at the end of the book. I guess, if you consider waiting to die to attain the glories of heaven, 'content with your lot', then so be it, but it seems a rather cold & lonely existence to me.

Eugénie was, sadly, a product of her time. As a young woman, she had no other viable option other than to obey her father and accept her lot. Meanwhile, young Charles could head off into world, explore, make a fortune and make a life for himself.

This could have had an interesting early feminist twist, except that Balzac also gave Charles an unsatisfying ending - corrupted morality, a loveless marriage and the hollow ambition to get into the court of Charles X. With all his choices and options, cousin Charles still ended up leading a cold and lonely existence.

But perhaps, I'm just a hopeless romantic who thinks that love is the only real consolation in this life!

I read Eugénie Grandet for Paris in July, although it also fulfills several other 2014 reading challenges as well.
If you'd like to check out the best translation of Eugénie for you - visit this fabulous Compare Translations website.

And for the record, I will be reading more Balzac - this was a very satisfying dip into provincial French 19th century life.
Posted by Brona Labels Back to the Classics, Books on France RC, Classic, Dreaming of France, French, Paris in July, What's In a Name at 3.8.14
Email ThisBlogThis!Share to TwitterShare to FacebookShare to Pinterest