Sense and Sensibility by Jane Austen

I decided to reread S&S for this year's Austen in August.

To give my reread structure & direction I decided to compare Jane Austen's Sense & Sensibility with some of it's adaptations and movies. 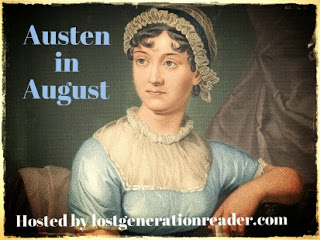 19 & 17 were perfectly usual ages for getting married in Jane Austen's time. Today, we would be horrified to hear of someone marrying so young. Perhaps Thompson's actual age during the filming reflects our modern sensibilities surrounding the usual marrying age for women? 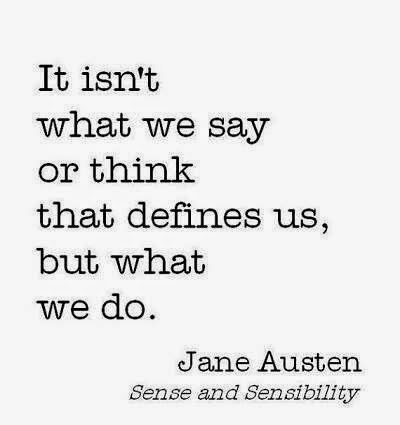 The movie uses a lot more park & garden scenes early on to allow Elinor & Edward time to converse & get to know each other.
Jane Austen, instead, leaves us (like Elinor) without a lot of detailed information about Edward's character, so that we are left to battle the same feelings of doubt & insecurity as Elinor. Austen leaves us to work out Edward's character by his actions rather than his words.

However a movie requires showing & telling, action & drama and obvious connections, therefore we watch Edward attempting to confide in Elinor about his engagement to Lucy.
When Lucy reveals to Elinor her secret engagement (in one of the most magnificent dastardly bitch-slaps in literary history), we don't feel too harshly towards Edward because the scene in the stables showed us he tried to be honourable & open.
Austen leaves all of us hanging.

Austen has an alive & well Lady Middleton with several small children at Barton "her manners had all the elegance which her husband's wanted". 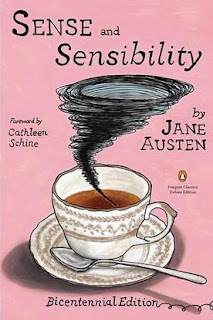 Young Margaret has a much larger role in the movie than in the book. In both versions she is the childish revealer of family secrets. In the movie she becomes another way for us to see how honourable, gracious and fun Edward really is.
Austen leaves us hovering between Elinor's esteem & admiration for Edward and Marianne's concern that he is lacking vitality or passion. Is Edward in fact, too meek and mild for Elinor? In the movie we are left with none of these doubts - Edward is charming, sensitive and everything we could hope for (in a partner for Elinor).

Austen has Edward visit the Dashwood's at Barton Cottage for a week just after Marianne is left in the lurch by Willoughby. In the movie we don't see him again until London - the promised visit is forgone - he only sends the atlas.

In the book, Lucy reveals her engagement to Edward whilst walking in the park with Elinor - this reflects JA's habit of using the garden and the great outdoors for major revelations and turning points. 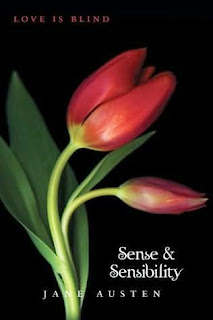 The movie condenses several dramatic moments and important points in the one London party & softens Willoughby's "hardened villany."
Austen marries Willoughby to Miss Grey whilst the Dashwood sisters are still in London. Brandon also reveals to Elinor, in the book, that he and Willoughby duelled.

Marianne, at Cleveland, does go for a long walk to see Combe Magna from the hill, but there is no rain or storm and she returns well. Her illness comes on several days later, very gradually.
Whereas the movie uses the storm to show how much Colonel Brandon cares for Marianne - he rescues her and carries her inside, almost collapsing on the floor from the exertion (unlike the younger more athletic Willoughby earlier on in the movie who deposits Marianne effortlessly on the couch).

Austen gives Willoughby, upon hearing about Marianne's illness, the opportunity to rush to Cleveland and speak with Elinor. This is how we finally hear his version of events in the book. Miss Gray composed the ghastly letter her wrote to Marianne and forced him to return her trinkets.
Both versions, though, seem to gloss over the fate of Brandon's god-daughter.

In the movie I struggled with the leap for Marianne to marry Colonel Brandon. In the book it clearly states that 2 years goes by and how Marianne "was born to discover the falsehood of her own opinions...." 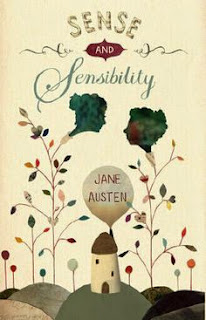 The movie also has the advantage of facial expression, gestures and tone of voice. Whereas JA relies entirely on "the careful crafting of her sentences, the intricacy of her story-telling, and the accuracy of her observation on human nature." (Lindsay Doran)

Sense and Sensibility was written in 1795 but not published until 1811.

The Sense and Sensibility Screenplay and Diaries by Emma Thompson (1995) was far more fascinating than I thought it would be.

Ang Lee "spoke of the deep meaning that the title held for him - Sense and Sensibility, two elements that represent the core of life itself, like Yin and Yang, or Eat, Drink, Man Woman." (pg 15)

I liked the duality of this image - the importance of a balance between sense AND sensibility.

Dotted with stills & memorable images & an introduction by Lindsay Doran, the diaries are a curious mix of modern and Regency England .

At times, I found Thompson's modern voice disconcerting - swearing, smoking and drinking after a hard day on the set. Sleepless, stressful nights with sleeping pills, self-doubt and dietary problems. Reflections on Hugh Grant's problems in LA after finishing his part in the shoot! And, curiously, no mention of her growing feelings for Greg Wise (Willoughby) who she went on to marry in real life in 2003. 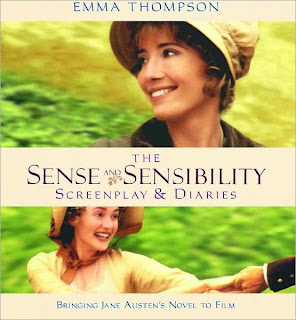 I loved learning about how the actors got themselves into their characters & how the hair & makeup crew became obsessed with working tapestries between scenes.
Insights into what they intended with certain scenes were fascinating as was the reason why some scenes were added and others dropped.

"At least we know that over the years we've tried everything - bringing Edward back in the middle (which didn't work as there was nothing for him to do), seeing Brandon and Willoughby fight the duel (which only seemed to subtract from the mystery), bringing Willoughby back at the end: a wonderful scene in the novel which unfortunately interfered too much with the Brandon love story. "

Ang Lee asked all his actors to get into the interior life of their characters by answering questions & doing 'homework'.
Imogen Stubbs who played Lucy Steele, won the best effort award when she wrote a letter to Elinor from Lucy years after both their marriages! Thompson included the letter in the appendix. It was hilarious and very clever - Imogen inhabited Lucy's skin perfectly.

"Primary emotions like anger, fear and sorrow, even happiness, are a doddle in comparison with an exchange of dialogue that makes Elinor and Marianne, for instance, genuiniely appear to be sisters." 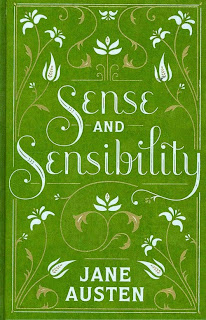 "S&S is about love and money. Perhaps its main question is, can love survive without money?...Romantic codes teach us that love conquers all. Elinor disagrees. You need a decent wage, a competence. Some people need more. Some people need more money than love. Most people would rather have love with a comfortable amount of money. . It's a difficult thing to accept....But interesting that our 'western' romantic symbols cost a great deal. Roses, diamonds..."  And don't forget the exorbitant cost of most modern weddings and honeymoons. A display of wealth is very much a part of our modern day romance.

"Elinor and Edward seem both to belong to the eighteenth century, the age of Augustan reason....Marianne shoots towards the middle of the nineteenth century, embracing each romantic ideal like a new lover. The turn of the century seems to produce a Janus-like generation, some clinging to the old systems, some welcoming the new age. Always a powerful time. As for 1995, hm."

I have deliberately left my views on Trollope's recent adaptation to last. It was impossible to compare it to the original or the movie without throwing it across the room in disgust!

I gave it a week's grace and tried again, but still found it impossible to finish. The problem for me is that Trollope insisted on telling me everything I needed to know instead of showing me via her dialogue or action.

ie "Fanny had turned out to be a pure concentration of self-interest. She was, apparently, just like her equally tiny mother: hard as nails and entirely devoted to status and money. Especially money. Fanny was mad about money." 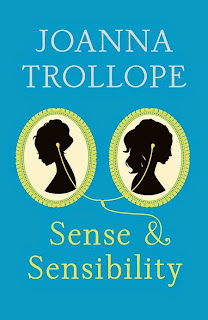 Did you get that? Fanny is a nasty piece of work who loves money! Trollope then goes on in this vein for several more paragraphs!

JA doesn't tell us any of this. We see & hear it for ourselves. We hear it when Fanny talks John down from providing any money to his sister's welfare, in the way she arrives at Norland, in her many comments about Edward's career & marriage prospects, in her treatment of Lucy....

I've never read any Trollope before, so I don't know if this is her usual way of writing or whether she simply baulked at the classic example of story telling before her.

All I can say is, if you're looking for an entertaining, well-crafted, beautifully written, complex story then stick with the original! If time is short, then by all means watch Emma Thompson's movie...it's almost as good as the book! Which is high praise indeed!
Posted by Brona Labels 1001 Books, Classic, Family Drama, Jane Austen, Movie, Relationships at 20.8.14
Email ThisBlogThis!Share to TwitterShare to FacebookShare to Pinterest