The Ladies of Lyndon by Margaret Kennedy 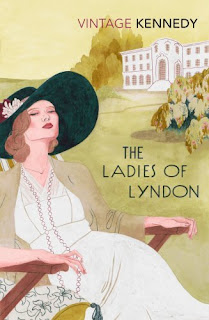 The Ladies of Lyndon (1923) was my very first Kennedy as well as being Kennedy's very first published novel.

When I recently spotted that Jane @Beyond Eden Rock was hosting a Margaret Kennedy Day today, I knew that this would be the perfect opportunity for me to jump on board the Kennedy bandwagon.

The Ladies of Lyndon is not without its flaws (bumpy jumps in time for instance), but, at its heart, it is oh so charming and amusing in a Noel Coward kind of way.

It's the kind of very English writing that I love - a type of comedy of manners, full of class consciousness and social conventions.


He had always looked forward to marriage as a duty, inevitable, but infinitely boring and to be postponed if possible.


She had such a faculty for making nice things look insignificant.


'Well, I don't want to criticize.' said Marian, who liked nothing better.


There was a touch of Edith Wharton's doomed melancholia to Kennedy's writing - just with more tongue-in-cheek humour and less of the trademark Wharton angst.

Her female protagonist, Agatha, was conflicted, prevaricating and constantly making misguided choices. She seemed to be constantly tossed about and easily influenced by events and other people. I wasn't sure if she was all sweet innocence, perfectly hapless or dangerously capable of tremendous self-delusion. The ending for Agatha is rather like a punch in the gut. 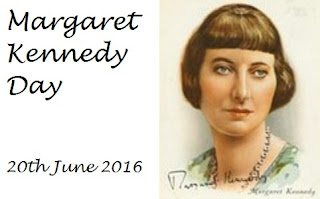 All the stuff about the comfortable, respectable family seat of Lyndon versus the newly rich Bragge with his ghastly Braxhall and farcical frescoes, felt like a precursor to Evelyn Waugh's Brideshead Revisited.

But, of course, as the title tells us, this is a story about ladies.

Young ladies, sisters, domineering mothers, widows, martyring step-mothers and maids. Kennedy gives us time inside all of their heads, and although we may not necessarily sympathise with all of them, we can empathise.

And that's where the secret to Kennedy's success lies - her authentic dialogue and believable characters. I'm curious to see where she takes me next with The Constant Nymph.

Book 5/20
Posted by Brona Labels 20 Books of Winter, Classic, Readalong, WCLC at 20.6.16
Email ThisBlogThis!Share to TwitterShare to FacebookShare to Pinterest