The run into Christmas and the silly season, leaves me tired, frazzled and depleted most years. This year I'm attempting a calmer, kinder approach. As a first line of defence I started interspersing junior fiction reads amongst my regular reads several weeks ago. I've been saving all the interesting looking ones for months now, so that I would have something 'just right' for this time.

Great junior fiction is the perfect antidote for the general madness and mayhem of the silly season. It's (usually) light and easy to read, sometimes interspersed with delightful illustrations and (usually) full of wonderful language. And almost all writers for younger people feel duty bound to end with hope. Bad and sad things may happen to their characters along the way, but there is always hope and wonder and love.

The Slightly Alarming Tale of the Whispering Wars by Jaclyn Moriarty is book 2 in her newly named Kingdoms and Empires series. The name of the series didn't make an appearance on the first book, so I was curious to see what this might mean for book 2 and any future books. 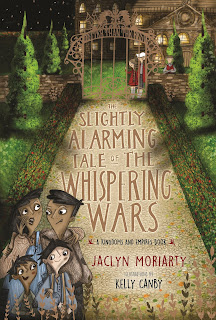 I loved Book 1 The Extremely Inconvenient Adventures of Bronte Mettlestone by Jaclyn Moriarty and had very high hopes for this one, so I was a little disconcerted to read the first few chapters with no Bronte in sight.

What was going on?
Where were we?
And who were all these new people?

The first couple of pages of this generously illustrated book show us maps of the various kingdoms within this world. Some of these names were familiar from Book 1, but other than the whispering element, nothing else seemed familiar.

TSATOTWW begins in the little town of Spindrift where we meet two groups of kids - one group from the orphanage, the other from an expensive, exclusive boarding school. A friendly sporting rivalry between the two schools quickly blows up when one of the children suddenly disappears. The Whisperers have kidnapped another child.

A tentative alliance is formed, a plan of rescue is hatched and Bronte makes an unexpected reappearance. Mystery, adventure and a little bit of magic is the name of the game.

I love this series for mature 9+ readers a lot and I hope that Moriarty has many more books planned for the Kingdoms and Empires. Due to the different time frame and setting in this book, it could be read as a stand-alone story, but you'll want to go back to see how Bronte came into the story in the first place. It was a savvy move by Moriarty to expand the horizons and history of this series to include the entire kingdom and I look forward to seeing where and when we end up next.

Inheritance by Carole Wilkinson is for slightly older readers - more 11+ through into the early teen years. It's a fabulous time slip story set in country Victoria. 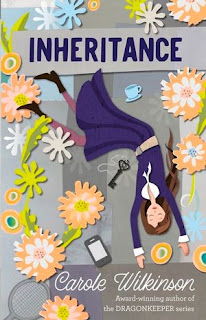 Nic has been left by her dad at her Grandad's old homestead property while he goes off with his band to play the cruise ship circuit. With no wi-fi, no friends and loads of attitude, Nic starts exploring the big old home one room at a time. Eventually she discovers a locked room with no key in sight.

A fortuitous toe-stub whilst swimming in the dam and an old letter in a copy of Pride and Prejudice changes everything. Nic discovers dark secrets about her family history that have carry-over effects onto today's local history and her own family story.

The Adventures of Catvinkle by Elliot Perlman is now top of my delightful dog story pile. Officially this is a book about a cat - the secret loving, baby shoe dancing, flying cat, Catvinkle, but it is also just as much about her new found friend (shhh! don't tell anyone that a cat and a dog are friends!) Ula the dalmatian. 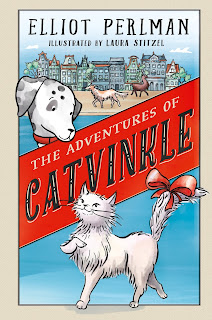 Set in Amsterdam, Perlman (you may know him from his adult books, especially Seven Types of Ambiguity and The Street Sweeper) has turned the bedtime stories he used to tell his kids into a charming animal story for us all to relish.

There are LOTS of things to adore about this book, but the most endearing are the voices of Catvinkle and Ula. Perlman has got inside the heads of these two animals and they speak and act just as I imagine a cat and dog of these types would speak and act if they could!

The thing these three fabulous books share is complexity. The authors do not talk down to their young readers, they use interesting language, create nuanced, believable characters and they take you on a journey that is utterly compelling.

And then there is The Bad Guys Episode 8: Superbad by Aaron Blabey.

Personally, I'm getting pretty tired of their antics by now, but they continue to entertain and get 5-7 yrs old excited about reading, so I'm not going to complain too much. 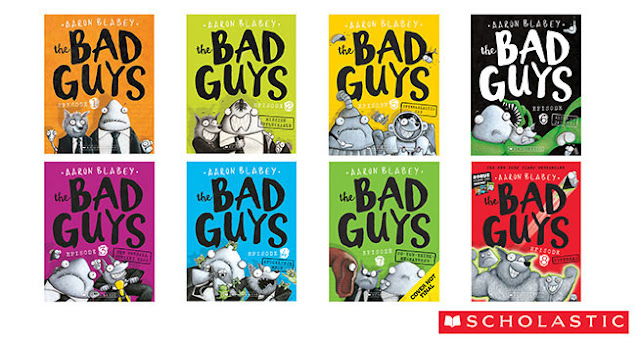 After an excursion into outer space, then back in time to the dinosaurs, we are firmly back in the present with our world being taken over by the evil Mr Marmalade and his evil alien forces. And it wouldn't be the modern world without a female team of warriors to assist our bumbling bad guys.

In Superbad we learn that Agent Fox is actually part of a much larger, well organised group called The International League of Heroes. Her colleagues include Agent Kitty Kat, Agent Hogwild, Agent Doom, and Agent Shortfuse. They all have special talents and skills and they mean business. They help the Bad Guys learn control of their new super powers...until Marmalade turns up and throws everything into chaos...again!

Six Bad Guys' trading cards are in the back of the book, with 6 more promised to come in book 9. Blabey is onto a good thing, and he knows it!