I love this chick!
A lot.

Marcela rocked the #metoo movement 500 years before the first hashtag even existed! After reading chapter XIV and Marcela's marvellous take down, I feel sure there are reams of essays and opinions about feminism and Cervantes out there, and if I ever feel up to searching them out and reading them, I'll let you know!

But for now, let me give you an abridged version of Marcela's speech at Grisóstomo's funeral. It has been said that Grisóstomo, a shepherd, has died of a broken heart after being grievously spurned by the beautiful but cruel Marcela. 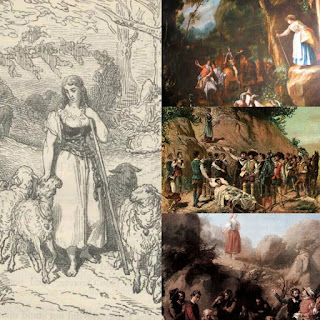 Heaven made me, as all of you say, so beautiful that you cannot resist my beauty and are compelled to love me, and because of the love you show me, you claim that I am obliged to love you in return. I know...that everything beautiful is lovable, but I cannot grasp why, simply because it is loved, the thing loved for its beauty is obliged to love the one who loves it....

According to what I have heard, true love is not divided and must be voluntary, not forced. If this is true, as I believe it is, why do you want to force me to surrender my will, obliged to do simply because you say you love me...?

I was born free, and in order to live free I chose the solitude of the countryside....Those whose eyes have forced them to fall in love with me, I have discouraged with my words. If desires feed on hopes, and since I have given no hope to Grisostomo or to any other man regarding these desires, it is correct to say that his obstinacy, not my cruelty, is what killed him....

If I had kept him by me, I would have been false; if I had gratified him, I would have gone against my own best intentions and purposes. He persisted though I discouraged him....

Let this general discouragement serve for each of those who solicit me for his own advantage...; let him who calls me ungrateful, not serve me, unapproachable, not approach me, cruel, not follow me...; I am free and do not care to submit to another; I do not love or despise anyone. I do not deceive this one or solicit that one; I do not mock one or amuse myself with another.


Marcela is no-one's damsel in distress, she's not interested in courtly love or tradition. She is no virgin goddess or shrinking violet. She is not bountiful Mother Earth or a tart. She does not need to be tamed or live up to (or down to) societal expectations. 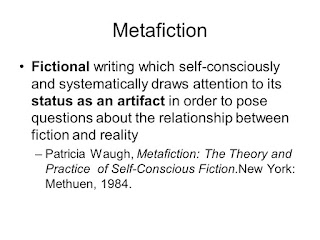 As I read this passage, I was reminded of Jane Austen in Persuasion when Anne Eliot says, “Men have had every advantage of us in telling their own story. The pen has been in their hands. I will not allow books to prove anything”.

Overnight I've been thinking about why a woman would chose a life of solitude in the mountains. tending sheep.

Lots of possibilities came to mind.

It could have been the life she was born into, therefore it's what she knows. Family tradition and duty and coming to love this way of life as an adult thanks to it's closeness to nature might also play a role in making this lifestyle choice. Marcela may naturally be an introvert who prefers her own company, and that of her family, most of the time. Perhaps, though, her excessive beauty has been the cause of much unwanted and inappropriate male attention all life and she has felt the need to withdraw from this intense, demanding gaze. To protect her virtue and her liberty, she has sought a life of solitude and peace away from the critical gaze, surrounded by the natural beauty of Mother Nature.

Like most life decisions, though, it is probably a complicated web, drawing in many threads of thought, emotions and unconscious desires. Bravo to Cervantes for painting such a strong, independent woman and bravo to Marcela for standing up for herself and creating her own life on her own terms.

My previous post about Don Quixote:
Musings of an Idle Reader
Posted by Brona Labels 1605, Metafiction, QuixoteReadalong, Spain, Women's Issues at 19.1.19
Email ThisBlogThis!Share to TwitterShare to FacebookShare to Pinterest