In the Mist of the Mountains by Ethel Turner

Thanks to Bill @The Australian Legend's Australian Women Writer's Gen II Week I have read my very first ebook from start to finish.

As with almost everything in my life at the last moment, I left it to the minute to prepare for Bill's Gen II week, even though I've known about it for months. I really enjoyed reading my first Ada Cambridge story, Sisters, for last year's Gen I event, so I didn't want to miss out. But with only days to spare, I realised that I had no unread AWW Gen II books on my shelf. Anything I did select would have to be easily sourced and a short story if I was going to have any chance of reading & reviewing it in time.

Normally I hate reading novels on a screen. My one attempt with an eReader a number of years ago, was nothing but an exercise in frustration. However, last week, it dawned on me that the ipad I inherited from my father-in-law, might actually be an okay device to read on in a pinch. As this was now an emergency reading situation, I searched Project Gutenberg for the authors on Bill's Gen II list. I downloaded a few, but the one that jumped straight out at me was an Ethel Turner story.

I confess that I thought that she had only written Seven Little Australians plus a sequel or two. Imagine my delight to discover, whilst holidaying in the Blue Mountains last week, a book by Turner called In the Mist of the Mountains. Serendipity at work I say! 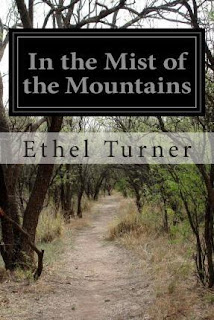 For a full discussion about the Bush Realism that defines this period of Australian writing (roughly 1890 - 1923) please read Bill's post via the link above.

It seems to me that the mythology that evolved about life in the bush at this time in history, came from white men living in an urban environment (Paterson, Lawson, Kendall etc), conscious of their role in creating a unique Australian identity. White settlement was just a hundred years old and many of these men (and women) were the first generation to be born and raised in Australia. Nostalgia for Mother England was something they grew up with, but it didn't necessarily fit in with life as they knew it. Australia was their home and they were looking for something they could be proud of, that they could call their own. The wilderness, the untamed bush landscape, so alien to their parents, was something familiar, unique and heroic to this new generation. A sense of journey or exploration featured in this type of writing and those that took the journey into the bush were admired for their courage, fortitude, practicality and resourcefulness.

To say that I have now became intensely curious about how women writer's fit into this myth making process and how they tackled this topic, is an understatement!


In the Mist of the Mountains may not be the perfect example of Bush Realism, but it was very definite in it's choice of setting and very proud of this unique bush environment.

By 1908, the Blue Mountains was becoming (as it is now) a halfway place between the city and the bush proper. In this short, romantic story, Turner shows us the meeting of city and bush types. We see the locals - the baker, the butcher, the shoe repairman who inhabit the small villages dotted along the train track through the mountains and we see the urban folk who clamber up the misty November slopes to escape summer in the city. We also get to know one young larrikin, Larkin, a lad of fifteen or so who works for the local grocer.

He grew up on the other side of the mountain, on a 'wretched selection where his father...his mother and six or seven children younger than Larkin, fought the losing fight of the Man on the Land.' He dreams of being able to save up his commissions to 'put "a bit of stuff" on the Melbourne Cup...."then mother and the old man shall chuck up that dirty selection..., and the kids can go to school, an' I'll get Polly an' Blarnche a pianner."'

The Lomaxes are a large family belonging to a Sydney judge. The children are holidaying in the mountains to recover from a bout of whooping cough with a governess, while their parents vacation in New Zealand. 'Unlike many Australians, (they) respected the hand of Nature even when it had traced Australian rather than English design on their land.'

Down, down they went into the exquisite gorge; greener and still green grew the way as the path wound farther and farther away from the sunburnt lands overhead. Giant tree ferns grouped themselves together in one place and in another guarded the path in sentinel-like rows. You looked up and sheer walls of rock towered thousands of feet above your head - brown, naked, rugged walls here- and there, where the waterfall dripped, clothed in a marvellous mantle of young ferns. Here a huge, jagged promontory stretched across your way, and the diplomatic path, unable to force a way through, simply ceased its downward bent, and with handrails and steps led you up again.

I really enjoyed reading such obvious love for the Australian environment and particularly admired the judge's desire to create a native garden rather than an English garden in their mountains home.

As a newbie to Project Gutenberg I found myself reading all the details provided including the licensing agreement and the cover page details (below).

To H.R.C
"They that have heard the overword
Know life's a dream worth dreaming."
Henley. 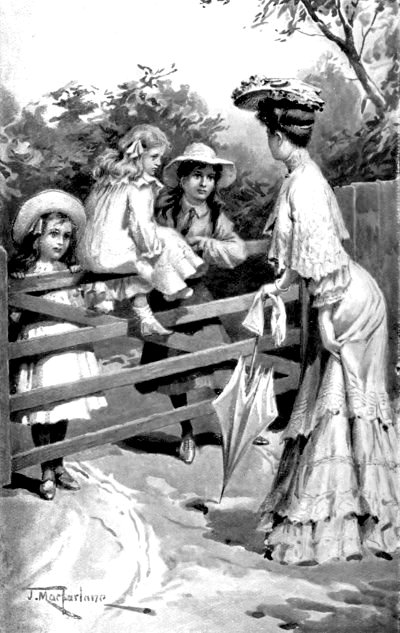 I realised from this that I knew next to nothing about Ethel Turner's life.

A quick check of the Australian Dictionary of Biography revealed that Ethel Mary Burwell was born in Yorkshire on the 24th January 1870. Her big sister was Lillian Wattnall Burwell (1867 - 1956). Sadly their father died not long after Ethel's birth. Their mother, Sarah Jane Shaw, remarried in 1872, a widower with six children of his own, Henry Turner (sounds rather like the family in Seven Little Australians!) Sadly he also died not long afterwards, in 1878, leaving the family in financial difficulties.

Mrs Turner decided to emigrate to Australia with her two daughters in 1879. In Sydney, she married Charles Cope at the end of 1880 and had a son with him, Charles Rex.

The girls went to Sydney Girls' High School and started a school magazine called Iris, to compete with their friend Louise Mack's Gazette. When the sisters left school they 'co-edited a sixpenny monthly, the Parthenon', while Ethel also contributed to children's pages in various papers until 1919.

In 1894 she published Seven Little Australian, and in 1896 she married Herbert Raine Curlewis, a young Sydney barrister. They had a daughter (Ethel Jean Sophia) and son (Adrian Herbert), living most of their married life at Avenal overlooking Middle Harbour.

The biography claims that,


Her writing showed a continuing tension between her enjoyment of popular and commercial success and her wish to break free from the restrictions of juvenile fiction....A recurring theme in the Turner novels is that of the conflicting demands of the creative and the domestic life.


Both these tensions were on display In the Mist of the Mountain. Part children's summer holiday romp, part rom-com and part literary diversion. I was pleased that this simple summer holiday story morphed into a gentle romance between two ageing characters - the governess and the writer, escaping to the mountains to rediscover his muse. Turner's publishers rebuked her for using Australian slang in her stories, but I'm so glad she ignored them and continued to give her characters a local vernacular. Young Larkin's enthusiastic speech was a delight to read.

Turner wrote thirty-four volumes of fiction, three of verse, a travel book, plays, and miscellaneous verse and prose before her death on the 8th April 1958. She also left behind journals and letters that have been published in 1979 and 1982. According to wikipedia, In the Mist of the Mountains was originally published in 1906.